Wild Tome of the Woods is a captivating slot from Quickspin.

Wild Tome of the Woods is a September 2019 release from Quickspin that teleports you to the former mediaeval hunting grounds of Northamptonshire, England that has now become magical woodlands. The game is played on a 6x4 grid with 26 paylines and payouts of up to 1,000x bet!

Who doesn't love a good slot machine? You can read more about them here.

Picture yourself in Northamptonshire, England home to Whittlewood Forest. A solitary wizard named Tom is known as Middy (short for Midas by his friends). Recall Midas was the Greek mythological king of Phrygia who was rewarded the power to transform anything he wanted into gold. Unfortunately, Middy has not been anywhere near as successful but he remains obsessed with the idea. This story sets the stage for the Wild Tome feature.

Middy's friends are an owl named Eleanor, a fox nicknamed Sly and the half newt/half frog named Crikey. They appear as the high-paying symbols. Three of Middy's attempted gold-making potions form the middle-paying symbols. A gentle soundtrack includes the sounds of nature which nicely complements the artwork and theme.

You should check out Polar Paws! It's a great game for any slot enthusiast. 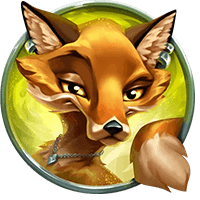 When a Wild Tome symbol appears on any of the reels then the pages open to reveal a random symbol. All instances of this random symbol will then be transformed into wilds. The final transformation may even reveal a new Tome symbol rather than a wild which will once again transform all instances of that symbol into wilds as well. Collect a full grid complete with wilds for 1,000x bet!

The game features stacked reels and the Wild Tome.

If you look at the reels then you'll notice plenty of stacked symbols which work best with the Wild Tome feature as they increase the odds of winning. 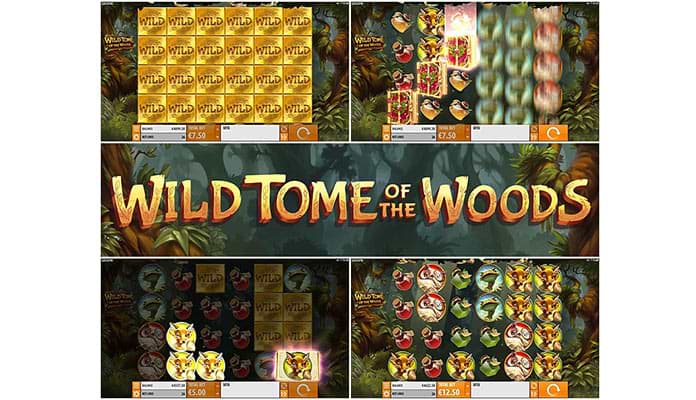 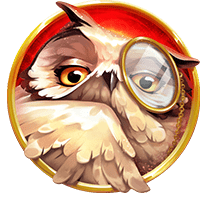 The slot has the artwork, soundtrack and story that you would want from a great slot. Unfortunately, it is light on features because you'll only find stacked symbols if you can call that a feature, and the Wild Tome. There is no denying that the Wild Tome is fun and triggers every so often, usually with decent results. Outside of this feature, players will need to hope for rounds with multiple payline wins as the maximum payline win of 16x, excluding the wild, is not very inspiring.

For a medium to high volatility slot, this falls short of being a "one-of-a-kind-adventure" as the payouts are not quite the Midas touch you would hope for. For this reason, we think you may do better to try another slot. 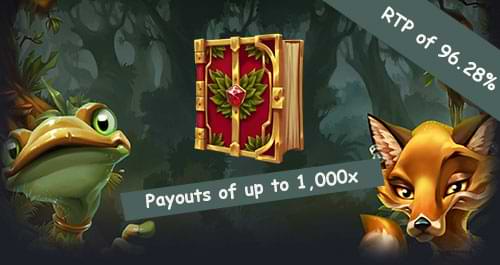 Wild Tome of the Woods slot is designed to be a "one-of-a-kind-adventure". It has an RTP of 96.28% with medium to high volatility. Total bets can be varied from £0.10 to £100 per round. It is designed in HTML5 so playing it on your desktop, mobile or tablet is really up to you. Remember that if you are on the go then you'll need an Android or iOS Device. To try the slot, visit one of our recommended casinos today.

The Wild Chase is a free-to-play online slot machine that you won't want to miss!

Players who like Wild Tome of The Woods also play at :
Technical details
Softwares