Prepare for the ride of your life in the high-octane 5-reel and 25 fixed paylines slot The Wild Chase from Quickspin. Much like a Hollywood movie, this game is stacked with eye candy and bling to make your eyes pop out from their sockets. Along the way, you can also win some cash prizes of up to 200 coins per payline! 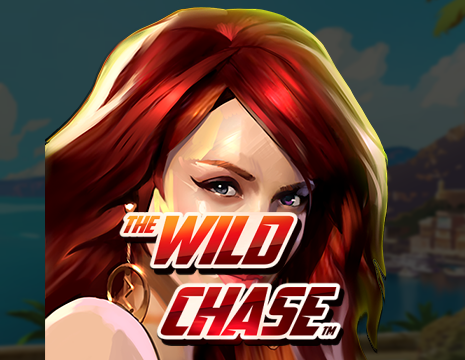 Let us start with the obvious. When you first play this game, you can’t help but notice the four higher paying character symbols with their perfect looks and sexy confident facial expressions. They are clearly drawn to look like they should be modelling underwear for Calvin Klein. Needless to say, the graphics are one of the strong points of this game. The lower and mid tier symbols contains all the possessions you’ve come to expect that would represent wealth and power including a wad of cash, diamond rings, expensive watches, car keys and a pouch with diamonds. The spinning reel sounds like the revving of an engine with exciting music that combine for one adrenaline pumping experience. The seaside background becomes a blur during the respin feature as the chase is on by land and sea!

The chase is on 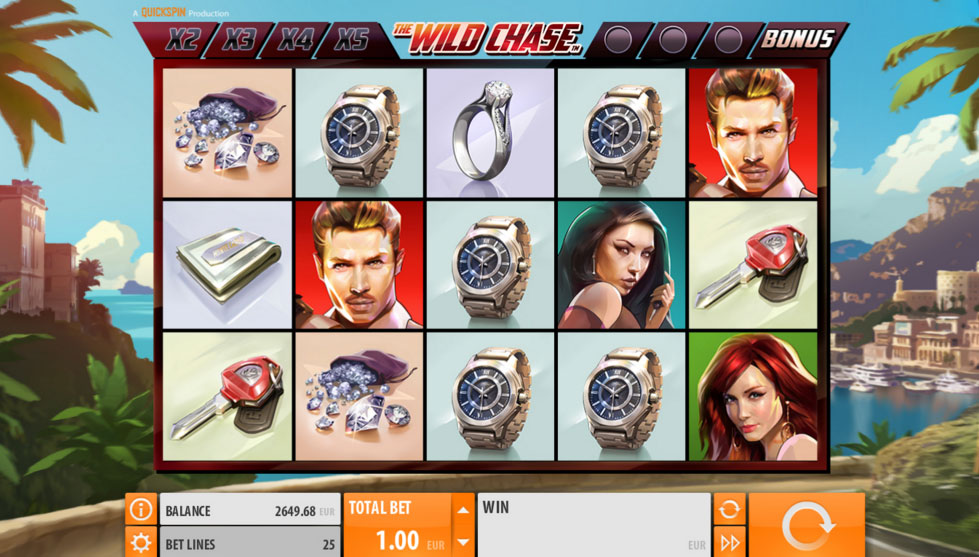 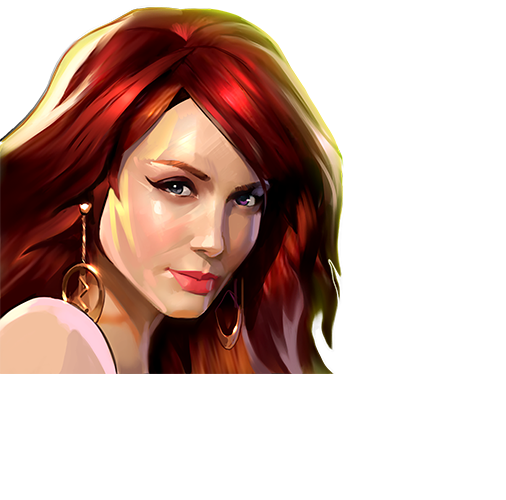 The bets in The Wild Chase range from €0.25 or €0.01 per payline to €100 or €4 per payline. The variance for this slot is low meaning you will most probably win regularly though the wins will be closer to your bets. Having said that it also means you can likely play longer which gives a shot at larger prizes. I liked the graphics and sound effects but found the maximum prizes per payline to be underwhelming though one could argue that with 25 paylines, multiplier and respin features you could get away with some substantial prizes!

Players who like The Wild Chase also play at :
Technical details
Softwares