The developer Quickspin first appeared on the Internet in the year 2012. The online game developer is based in Stockholm, Sweden and was created by former members of the companies Netent and Unibet. Since May 2016, the company is fully owned by Playtech, one of the world's biggest providers for online games.

As it is still a relatively young company, the game selection is rather small and only consists of video slots. There are currently over 20 fantastic games available. The quality of the games is outstanding, especially the graphics are very detailed and created with an eye for detail. The games also have original features and playing them is a lot of fun. Some good examples are Illuminous, Hidden Valley and Jewel Blast, games where you can experience the talent and expertise of the developer.

Players who wish to play the games of Quickspin can find their selection in the online casinos in the list below. 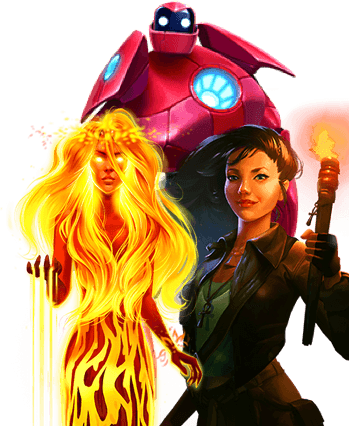 WHICH ONLINE CASINOS ACCEPT QuickSpin IN 2021?

The games from the developer Quickspin have many qualities:

Unfortunately, it is a shame that:

Fair games in a secure environment

The company a licence from the UK Gaming Commission, and the random number generators are regularly tested for fairness. Players can expect great entertainment, a real chance of winning and a safe environment when a play the Quickspin slots, as the UK regulatory body is one of the strictest in the world.