The online gambling market has become so important to developers that they are doing their best to get as many players excited as possible. This means that they have to constantly develop new, interesting games, which are equipped with original features, fantastic graphics or license famous personalities or movies.

All companies struggle to develop the most popular slots and they also know how to get the players excited - build anticipation by announcing new games in advance!

For this reason, we have an overview of the games that will be released in the near future. The games listed below have not yet been released, but we have already received some information about them, so our readers will be updated in advance about what the games have to offer and then look forward to the start.

If you want to see all Coming Soon 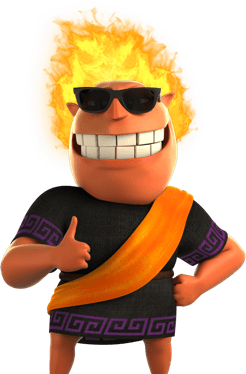 In this section, we list the games that have been announced by various developers but not yet released. Most of these games are slot games, as these are among the most popular. This is the reason why most developers are choosing to focus on this type of game as well.

There are not only slots in online casinos, but also video poker, table games, live games with real dealers, bingo, keno, scratch cards and many other types of games.

Some of our readers may wonder where we get information about games that have not yet been published. We get these in different ways, but in most cases the information comes from a press release or announcement from the developer, and sometimes we can test the games at an event that allows us to give the players an impression before. Sometimes the games are already accessible in advance of the press, which then allows us to write detailed reviews.