If you're looking for more online slots games, you've come to the right place!

The soundtrack for the game is seemingly designed to be epic, containing the drumbeats and other sounds which gets a player's heart thumping out of their chest. There is the constant sound of the stone reel slabs pounding into place after a spin, or the sparking sound of Thor's electrified hammer, Mjölnir. The game Is divided into 5 upper-value and 5 lower-value symbols. Some of these include Thor's helmet, axe, goblet and ring. The lower-value consist of 5 runes.

You can test or play for free the Tractor Beam online slot machine. So you will know if this game is for you!

The Thor's Lightning Bonus is a feature that's triggered by a hammer-wielding Thor symbol appearing on the 5th reel. This feature will present one of a number of variants as a reward which includes sticky wilds, random sticky wilds or multiplier. It continues until Thor, who nudges down, and awards a re-spin, drops off the reels. 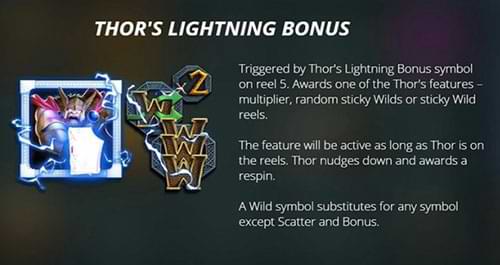 The Rune Raze is a feature that is randomly triggered during spins. Here, all rune symbols will be changed into one randomly chosen rune symbol. 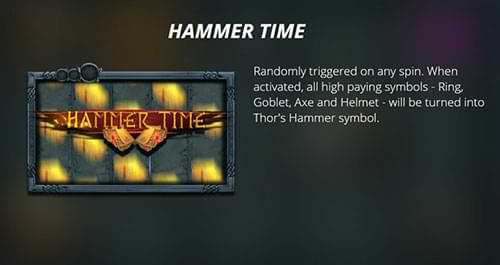 The Hammer Time is randomly triggered, much like the previous feature, and transforms the upper-value goblet, ring, axe and helmet symbols into Thor's hammer symbol.

The Scatter Energy Collect Feature paves the way to triggering the Asgard Spins. Two or more scatter symbols will cause the scatters to nudge down and lock in place for a free re-spin.

Collect 3 scatters to trigger Asgard Free Spins, and we can collect 2 extra free spins for each scatter energy symbol that appears during the spins. During the feature, Thor's Lightning Bonus is triggered more often, where Thor can also award 2 extra spins with one of the previously mentioned variants. Each nudge will cause Thor to award a free feature, and it's possible to accumulate more than one feature until he nudges off the reels. 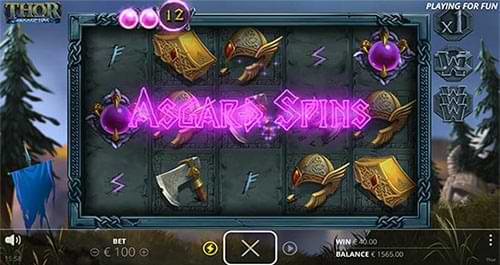 Thor: Hammer Time draws its inspiration from the popular theme of Norse mythology, with a focus on the god of lightning and thunder: Thor. The graphics are not the strongest feature of this slot that can best be described as standard. The strength lies in the number of features that have a high hit rate, so we seldom need to wait long to trigger one of them. The other reason is the jackpot of 2,328x bet. I think the slot might be worth a look! 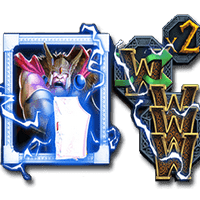 Thor: Hammer Time slot has an RTP of 96.03% with wagers ranging from £0.20 to £100. The game has a high volatility which means we may need a higher bank roll. It has been optimised for tablet/mobile play using an Android or iOS device or we can also stick to the more traditional desktop.

We recommend you to try Tombstone, an online slot game available at the same supplier as this one.