Equipped with Mystery Wilds, Mystery Sync and Mayan Wilds, this 5-reels and 10 paylines slot offer up to 1,264x bet. The slot pays left-to-right and right-to-left.

If you are looking for more online slots machines reviews, you are in the best place because we have a lot of them! 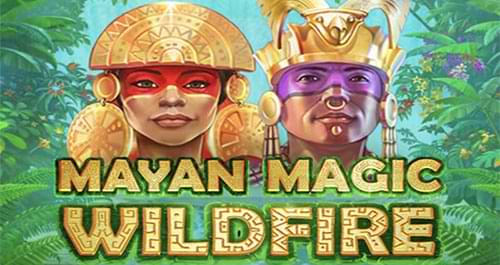 The beautiful artwork puts you in the Central American jungle with an animated waterfall behind the reels.

There are five upper-paying symbols which include three costumed characters, a jaguar and a snake.

There are also five lower-paying symbols consisting of jewels.

The graphics are creative and there is also a great soundtrack made up of native music and other sound effects.

If you like the South American world, we have several slot machines for you!
The spicy Extra Chilli Megaways slot and its incredible features!
Or enter the arena with the legendary Mexican wrestlers of Luchadora

Mayan wilds that land on the middle three reels, transform the centre space on the third reel into a sticky wild for the duration of the feature.

You receive a free re-spin which can be re-triggered if another wild appears. At the same time, a multiplier increases by one on every third wild that appears.

The wild has the power to substitute for any symbol.

Mystery Wilds Feature can be triggered randomly on any spin.

The symbol on the centre space of the middle reel turns into a wild along with identical symbols landing on the second, third or fourth reels before activating the Mayan Wilds Feature.

The Mystery Sync Feature is randomly triggered on any spin.

When it does then it locks the middle three reels together with identical symbols. 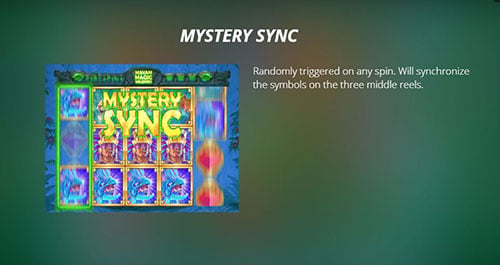 The features are fun when triggered and provide a good level of entertainment.

The low volatility means that you can play it for longer. Absent from the game are free spins which tend to be a player favourite.

Still, this is an entertaining game and worth a peek. 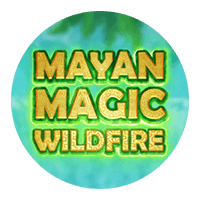 In addition to desktop, the game has also been optimised for play on tablet and mobile using an Android or iOS device.

You can find the slot at one of our recommended casinos today.