The year is 1881, and you are in the quaint village of Santa Maria where the simple peasants enjoy their beloved freedom and of course their tacos! But that all changed one faithful day when the evil Captain Diaz put an end to all that in Elk Studios 5-reel and 243 ways to win slot Taco Brothers where you can win up to 150,000 coins! 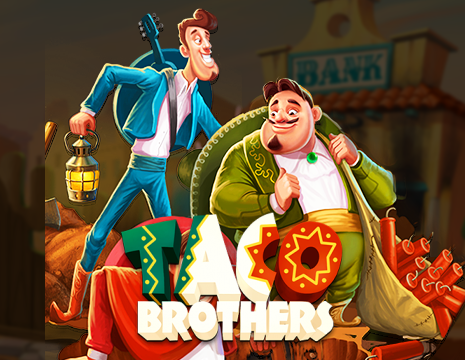 This is a visually stunning game, very colourful playing on the stereotypical them of taco loving Mexicans. Don’t get me wrong, I do enjoy a spicy hard shelled taco like the next person, but I digress! The lower level symbols include a shovel & lantern, a flask of cactus juice, cactus and guitar. Next level up are our three heroes the dynamite yielding Pico, guitar playing Pepe and cigar smoking Paso. You’ll even see Captain Diaz and a sexy Senorita for good measure! The music is pleasant enough but it is very short and repetitive which gets to be a bit much after a while. The sound effects are pleasant with the sound of birds, snakes, mules and other sounds to give the game a nice playful feel.

The bell wild symbol replaces all other symbols except for the wild escape safe free spins symbol and Taco Brothers scatter wild symbol. The Taco Brothers wild symbol starts the re-spin for a chance to collect three wild escape safe symbols. Three of these symbols trigger the free spins game where an exploding safe reveals a multiplier of 1x, 2x or 3x to be applied to all free spin winnings. While the free spins feature is active, the brothers take turns dropping onto the 5th reel where they release running wilds. These wilds move one reel per spin from right to left and can replace all symbols except for the Captain Diaz and Senorita symbols. When all the brothers have escaped then the free games feature ends. The Captain Diaz symbol can appear during a spin and will imprison any running wild brothers. The game ends when he’s locked up all three. The senorita symbols restarts running wild brothers, awarding new free spins. Her keys can also release imprisoned brothers. 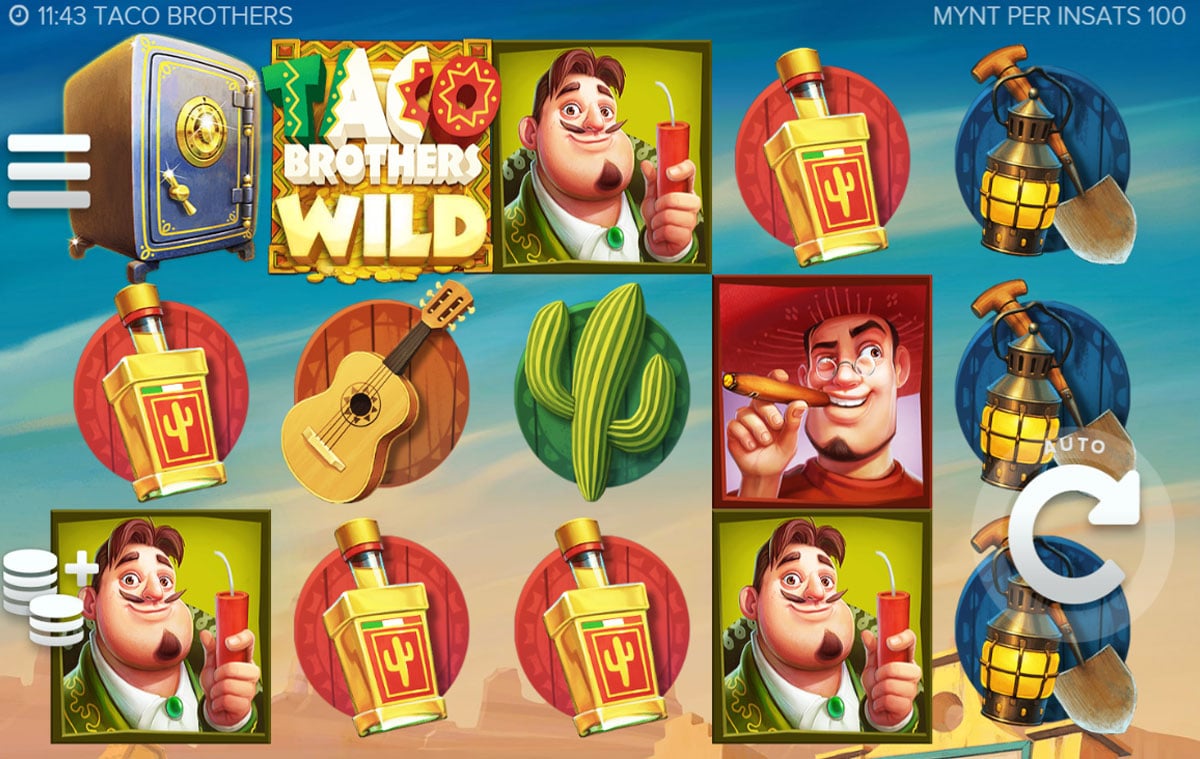 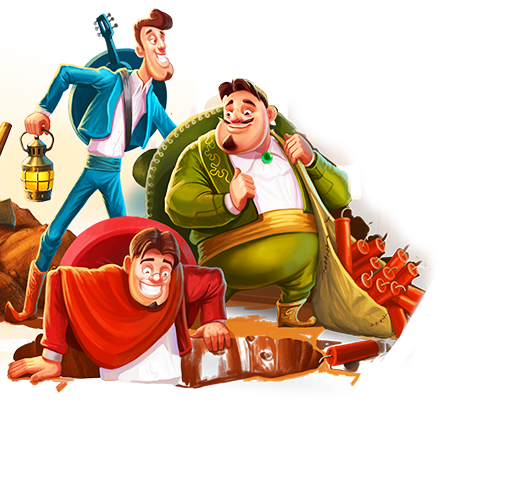 Taco Brothers’ theoretical return to player (RTP) is 96.3% with bets ranging from €0.10 to €50. Wins tend to come frequently and are often times around the size of your bet with the occasional larger win. The game also gives you the chance to control your betting strategy with one of three options. The game offers a host of features that are sure to entertain you and with up to 150,000 coins to be won why not give this game a go?