You may be familiar with the Taco Brothers theme about 3 brothers who rescue the taco loving village of Santa Maria from the evil Captain Diaz. If so then you are really going to enjoy the Christmas version in Elk Studios’ 5-reel and 243 ways to win slot Taco Brothers Saving Christmas where this time around, the brothers are back to rescue Christmas instead!

You will be feeling merry with a chance at winning up to 150,000 coins!

You can find the best online slots machines games here. Play them for free!

This slot is cast in the quaint little village of Santa Maria, located somewhere in the Mexican desert with falling snowflakes for added effect.

The main symbols include a lantern & shovel, a bottle of tequila, Christmas cactus, guitar, and our three heroes Pico, Pepe and Paso.

The sound effects contribute to the jovial atmosphere and amusement, which include the sound of the odd rattlesnake, mule, chickens and howling wind amongst others.

You will also hear Christmas jingles during triggered features and some modest and delightful animation. 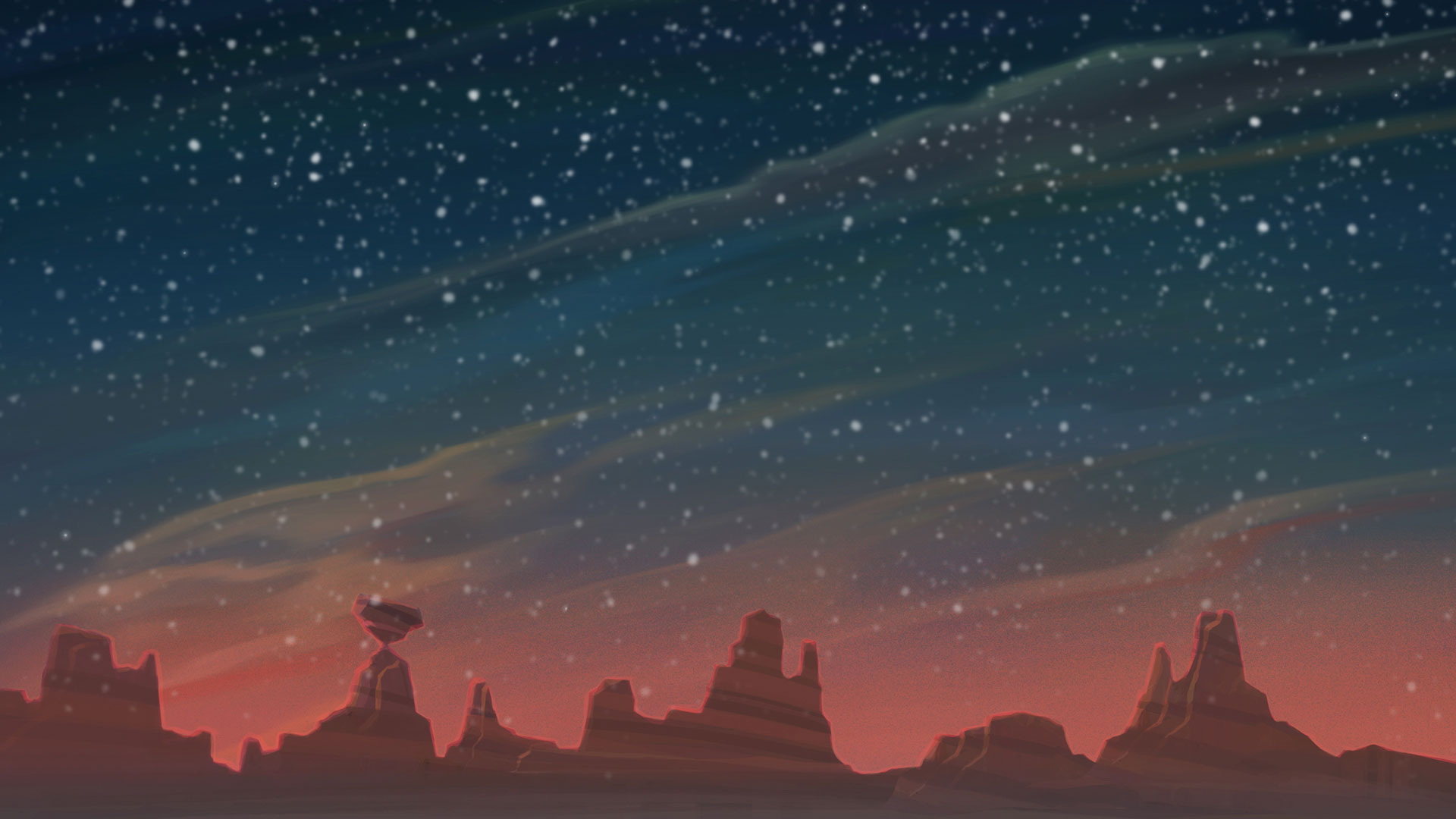 If you like this South American universe, go on an adventure with the Aztec Gold Megaways slot from iSoftBet!

The wild can replace any symbol other than the safe. You will also find the Christmas bell wild symbol, which can substitute for any other symbol except for the safe and Taco Brothers wild symbol.

With the appearance of three safe symbols, you can trigger the Escape free spins feature with either a 1x, 2x or 3x multiplier corresponding to the number that appears after a safe explodes. During this feature, you will also be introduced to two characters familiar to the Taco Brothers theme that include the Senorita and Captain Diaz.

The free spins feature ends only when all the brothers have escaped or been captured by the evil captain Diaz.

Each brother in turn drops one at a time onto the rightmost reel becoming running wilds as they move towards the left after each spin.

The brother’s escape is cut short if he is caught by the captain who can randomly appear.

The Senorita pushback helps the brothers out in two ways with her appearance. First, she pushes the brothers back towards the right meaning you are given the chance to benefit longer from their appearance and she will also release any imprisoned brothers. 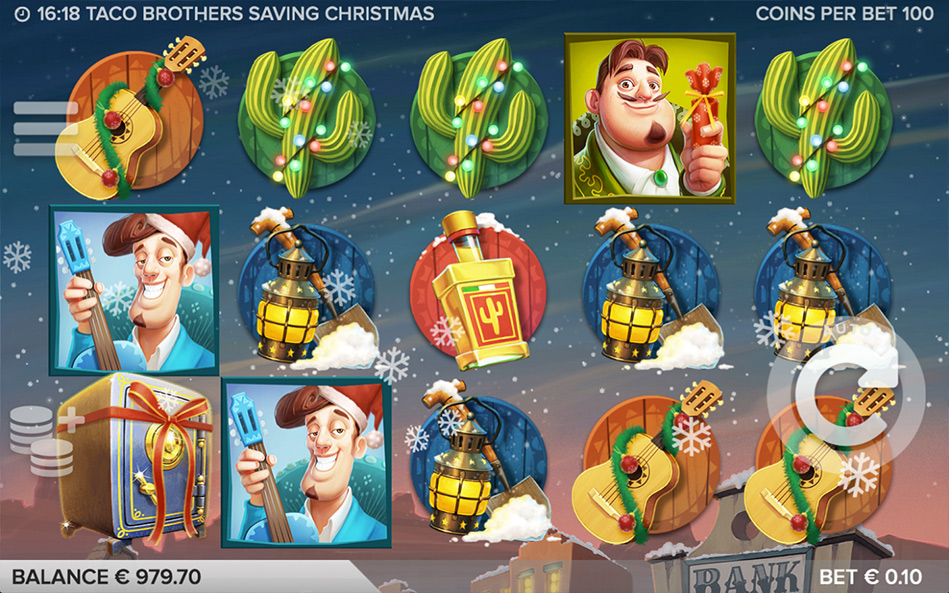 Did you like this slot? Then you'll definitely be going to love Mad Piñatas from Leander Games 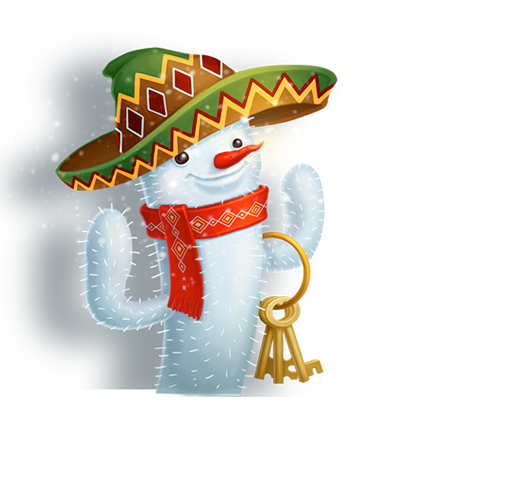 Just in time for Christmas comes Taco Brothers Saving Christmas with a theoretical return to player (RTP) of 96.4% on bets ranging from €0.10 all the way up to €50 per spin.

If you are in the mood for some Christmas cheer, why not join our friends Paco, Paso and Pepe as they rescue Christmas while providing you with the chance to win up to 150,000 coins for a truly festive season!

If you want a fun and exciting game with lots of possibilities, Sam on the Beach is perfect for you.