If you like slots, we have a lot of demos and reviews for you!

I know I’ll repeat myself more than once during this review, but it’s important to state this right off the bat: this game is great. And it’s not just because I love history and culture. The gameplay is refreshing and the visuals and sound effects are just beautiful.

Now, you can go ahead and play Aztec Gold Megaways™ for free before you move on to a casino and play for real money.

But, if you really want to appreciate every detail in the game, I suggest you keep on reading.

I like this game to the point that I put some extra time and effort into the article to give you all the information you need to enjoy it so much, you’ll come to love it as much as I do.

So, without further ado... 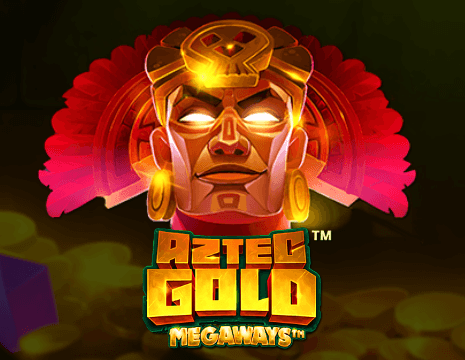 The megaways™ engine was a huge game-changer for online slots. It’s a world away from iSoftBet classics like Golden Tiger. So this is a bold move, and we’ve been excited to see how it turned out.

Right off the start, it looks promising both in terms of gameplay and design. And once you start playing you’ll find that it delivers on every level. If this is just their first attempt, I can’t wait to see what they’ll come up with next.

The Aztec Gold Megaways™ slot game takes us back to the Aztec empire at its peak. The Aztecs represent the pinnacle of civilization in what is now central Mexico. The capital city of Tenochtitlan was the political, cultural and religious center of the Aztec civilisation. Their empire reached its peak shortly after it fell, under the rule of the legendary Montezuma.

And given the importance of the setting to understand the symbols, it’s good to talk about it in more detail before we go into the mechanics.

I was stunned when the game opened and I saw the slot design and the background graphics. If you’re familiar with Temple Tumble Megaways™, you’ll be happy to know that Aztec Gold Megaways™ takes things up a notch and gets closer to games like Bonanza.

Let me explain: it’s very rare to find a background that is both beautiful and discreet. The temple pyramid in the jungle even features stunning animated waterfalls. And all of it while blending in perfectly with the slots, which cascade in a way similar to the water. The resulting effect gives you the feeling that every visual element in the game makes up a complete whole.

So instead of having the gameplay going on in the foreground with the setting in the back, you get the impression that you’ve left the online casino and you’re actually playing in an ancient temple surrounded by the deepest jungle.

The music contributes to the feeling of immersion. The smooth percussion and priestly chanting are soothing and at times even exciting. Plus, the sound effects are subtle and in harmony with the background music. Just like the visual design, the music and sound effects build a harmonious whole that makes the game extremely pleasant to play.

As with any Megaways™ slot game, Aztec Gold Megaways™ has an interesting take on the traditional game mechanics.

The symbols randomly change sizes as the 6 slots spin, which means each slot can have between 3 to 7 lines. Winning symbol combinations appear from left to right on adjacent matching symbols, and when the different sizes come into play, it’s possible to get several combinations when more than one symbol on a slot touches another. 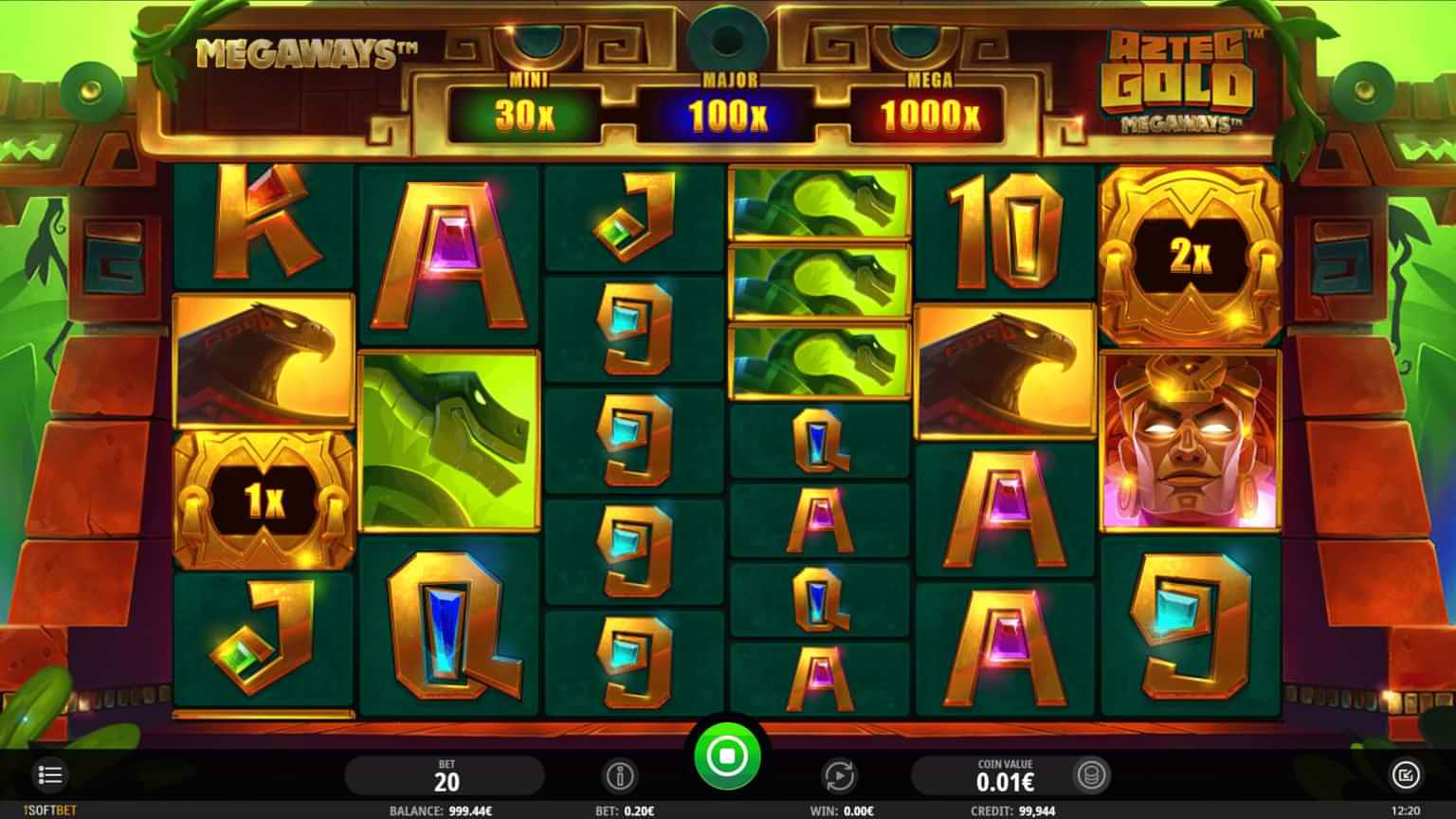 And for the more adventurous, Gonzo's Quest Megaways is the slot for you

The result is a grand total of 117,649 ways to win. This explains why each spin costs 20x the selected coin value, which is important to keep in mind when playing for real money.

As a huge history buff, there’s a reason why I talked about the setting before the mechanics. Well, two reasons, in fact.

The first is that I just really like history, and Aztec Gold Megaways™ deserves credit for doing a great job of reviving the legendary Aztec Empire.

The second reason is that the symbols are all related to Aztec history and culture, and I really appreciate what the iSoftBet team has done.

For starters, we have the beautifully stylised bejewelled golden royals (10-J-Q-K-A). Then there’s the legendary emperor himself: Montezuma is the highest-paying symbol, with up to 1000x your bet. Then come the Jaguar and the Eagle, symbols of the two elite warrior groups of the empire. And of course, there is the Snake, which had great meaning in Aztec religion, beginning with the iconic myth of the founding of Tenochtitlan.

“In the Aztec Empire, the eagle symbolized one of the two elite warrior groups ('eagles') dedicated to the sun.” (Ancient Pages)

Finally, there are two bonus symbols:

By far the most interesting feature is the cascading wins. Winning combinations trigger a chain reaction. This causes the symbols to cascade until the reels are filled up again, which increases the chances of getting extra winning combinations.

Next are the Aztec Gold Cash Respins. These are triggered by getting 5 or more Sun Disk scatter symbols. Plus, the Sun Disk can come in special forms that yield even bigger wins, with the Mini (30x), Major (100x) and Mega (1000x)!

All in all, it’s not a bad set of features for a game that has so much going for it already!