The company iSoftBet was founded in 2010, and despite its young age, already offers a huge game selection of over 400 games. Among these are mobile games, games for social networks, such as Facebook, mini-games, a lottery game line called Turbo Lotto and over 60 games that were specifically designed for the Italian market.

iSoftBet was also one of the first online slots providers to have the luxury of being present in crypto-currency casinos, thanks to a partnership with SoftSwiss, the largest payment provider in the online casino world.

You can find these iSoftBet slot games, and many others from the provider in the casino sites in the list below. 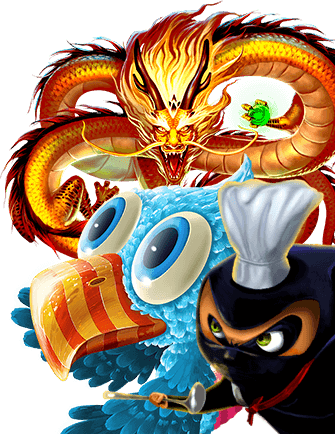 WHICH ONLINE CASINOS ACCEPT iSoftBet IN 2022?

Best iSoftbet slots & games: quality and diversity at the heart of its works

There are over 150 slot machines for online casinos, video poker, scratch cards. The slot machine selection includes some great brand titles, such as a game for the cult series 24 and Beverly Hills 90210 or the movies Basic Instinct, Rambo and Platoon. You can also find a slot machine for the popular 16-bit video game Mega Boy and some games with great graphics, such as Kobushi, Heavy Metal: Warriors, Super Lady Luck and many more.

The reason why iSoftbet games are all the rage is that they are original and creative. This authenticity can be seen in the Cloud Tales penny slot.

It is one of their best and most popular creations, with a design based on little imaginary creatures. Its real asset is that it offers the opportunity to multiply the winnings, thanks to the numerous combination possibilities. Its special feature is the "Mushroom Island", which turns symbols into wilds and increases the rewards.

iSoftbet is undoubtedly becoming more and more important in the world of online casino games thanks to the quality and diversity of its games. Its alliance with Facebook has especially boosted its reputation and made the company one of the leaders in the field.

Over the years, the UK provider has been able to produce a number of successful slot machines, from progressive jackpot slots to lottery-style slots and free games.

For several years now, the essence of iSoftbet has really been formed around its partnerships with the various players in the iGaming industry. So it seems obvious that almost all of the provider's biggest hits have come from the collaboration of the provider with Big Time Gaming, including for example some of the best Megaways slots.

Majestic Megaways was released on March 30, 2020 with an RTP of 96.10% and a Max Jackpot of x35,000 the player's initial bet. This slot is one of the most potential slots in the iGaming industry. For this reason, most online casinos choose to work with the provider to limit the winnings expectation of this slot, whether it be by purchasing a more expensive bonus for the player, a lower than usual chance of getting the bonus or by adjusting the RTP by a few percent less.

This approach is exceptional to many slot machines in the online casino market as it is a breach of the non-bias rule for online slot providers. Indeed, when a provider releases a slot machine, it is usually impossible for an online casino to intervene in its randomness criteria.

Even though Majestic Megaways seems to be a Safari type machine like many other online slots already released, its potential lies mainly in the Big Time Gaming Megaways license allocated to the slot. This license allows Majestic Megaways to offer up to 117,649 different ways to pay the player. This winning potential is increased considerably by the fact that with each connection cycle, the player sees the slot's total win multiplier increase by x1 and this without any limit defined by the game provider.

As you can see, the potential of this machine is virtually infinite. This means that if you find a casino that does not restrict it, you can easily make good money on it. However, be careful not to get greedy and to respect your limits defined at the beginning of the session!

Aztec Gold Megaways is a monument of iSoftBet. It is one of the provider's best known slots and for good reason, an even more volatile re-release was released a short while ago, its name is Aztec Gold Extra Gold Megaways. This online slot has a very high volatility, a round 96% RTP and a Maximum Jackpot of 19,200 times the player's initial bet. Aztec Gold Megaways was released on October 12, 2019 to general anticipation.

The bonus mode of this videoslot allows the player to claim a lottery that will retain the Pay Ways presented on the spin that resulted in the 5 bonus scatters. This bonus feature dissects each symbol slot into an independent reel, allowing for considerable winning chances. The free spins in the bonus mode stop when no symbols have landed on the reels for 3 consecutive spins.

The Aztec Gold Megaways slot and its sister game are mostly played in Eastern Europe, Central Europe and Asia, where Progressive Jackpot slots are very popular.

The games from the developer iSoftBet have many strong points that make them popular with the players. These are:

Of course, not everything is always perfect, and this is also the case here. There are a few things missing from the games as well, such as:

When it comes to showing that you mean business it is important to show that you can be trusted. The casino game developer iSoftBet confirms their trustworthiness with three licenses from European gaming regulators. They have licences from the MGA in Malta, Italy and Belgium.