Slated for a February 2017 release, Joker Pro is the 5-reel and 10 fixed paylines classic slot where you can win up to 100,000 coins in this super, high volatility game from the developers at Netent!

This slot has a classic look, with lucky symbols of that include 4-leaf clovers, horseshoes, bells, bars, lucky 7’s and diamonds. The background of the game is the flickering lights on dark background that make you feel like you are playing amongst the stars. There is music that plays in the background that is super energizing with standard sound effects that compliment the game. 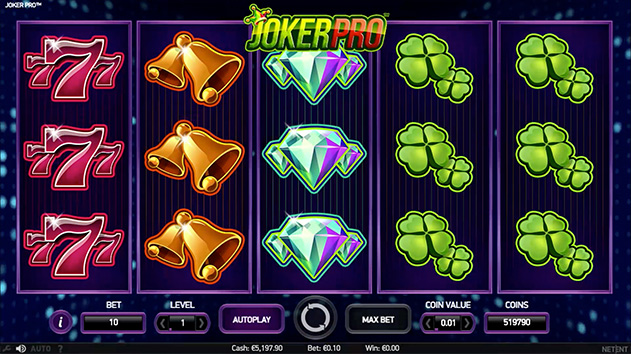 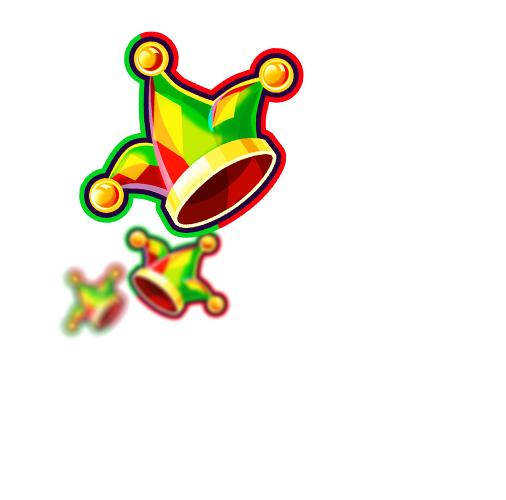 The Joker Pro re-spins feature is triggered by one or more joker hat scatter symbols on the 2nd, 3rd or 4th reels and transform the 1st and 5th reels into expanded wilds with three hotspot positions appearing in the middle of reels 2, 3 and 4. The scatters that initially triggered the feature turn into sticky wilds and the reels re-spin. Your hope is that three wilds appear in the Hot Spot positions because that means you have won 1,000x your bet and the feature is complete. If one or more wilds appear on the reels during the Joker Pro re-spins, then you are award another re-spin and that wild also becomes sticky until the end of the feature.

The volatility for Joker Pro is 96.80% with bets ranging from €0.01 up to €100. This is not a low volatility game and in fact, Netent claims that it is their third highest so if you’re going to play this slot for any extended period of time, you’re likely going to need a larger bank roll. Of course with the higher volatility comes the shot at some enormous prizes as well and in this case we’re talking 100,000 coins!