Playson captures the essence of the story of Odysseus after the Trojan War and the story of his ten-year voyage home in this 5-reel and 1-30 variable paylines slot.

From the pages of Greek mythology, this theme is the setup for what is sure to be an adventure as you play for the chance of winning up to 400 coins per payline! 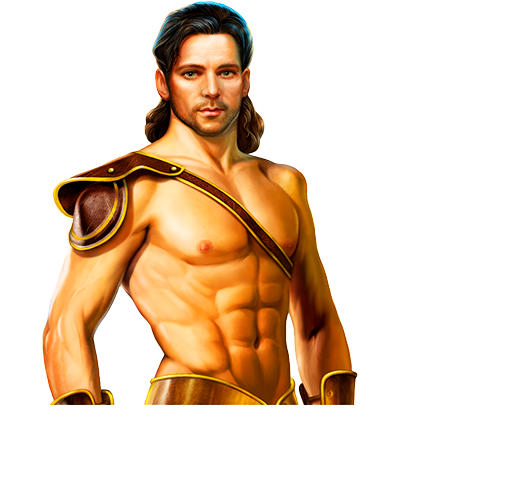 The graphics in this slot are high end with the background consisting of choppy seas with jagged rocks on both sides.

The reels are contained within the mast of a boat with symbols that include traditional artefacts that include a laurel, vase, soldiers mask, coin, harp and shield.

Finally, you have a soldier, Odysseus himself and a Trojan horse.

The symbols are well designed, and clear and are complemented with the ship wild symbol and statue scatter symbol of the goddess Athena.

The music has a Greek flavour to it and the sound effects are about what you would expect.

One note was the clicking sound from the reels, which I found rather unpleasant after a while but overall I would say the experience was a pleasure.

Speaking of experiences, to facilitate a great experience, the game offers the Athena statue scatter symbol with 3, 4 or 5 awarding you with 10, 25 or 00 free spins.

At any time during spins, you could find Odysseus' ship appearing on one or more of the reels.

The Odysseus ship is a wild symbol, which sails its way into paylines to substitute for any other symbol except the scatter and in so doing completing or increasing paylines for greater prizes. 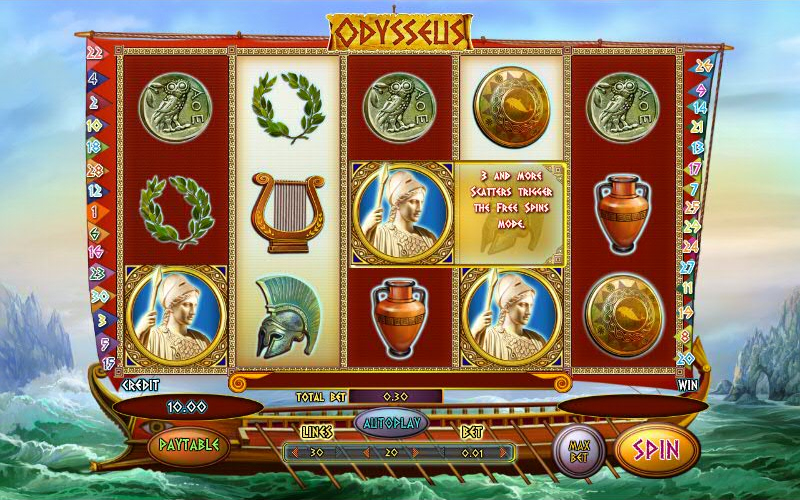 Looking for more games based on movies, TV shows or books? Pinocchio from Betsoft is the slot for you! 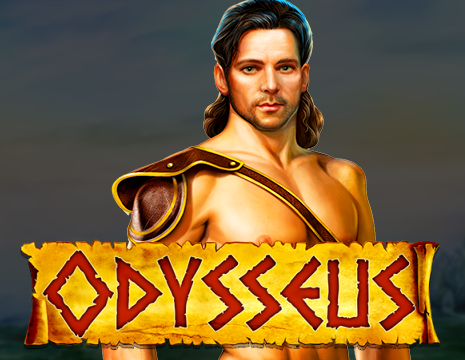 The variance for this game is low meaning you will win smaller amounts often with larger amounts very difficult to come by.

The game is not heavy on features and up to 400 coins are not the highest by any means but keep in mind that that you can play with up to 30 paylines.

The free spins feature can be triggered on occasion, though when it is triggered will likely be with 3 scatter symbols for a total of ten free spins. We suggest you play with all 30 paylines to extend the experience.

The game is light on features and would have benefited from a bonus feature, which could have taken form in dozens of different ways given the number of adventures the hero Odysseus encountered.

Still, I did enjoy the game and think you will too!

Players who like Odysseus also play at :
Technical details
Software