Thunderkick sails the seven seas with the 5-reels and 25 fixed paylines slot 1429 Uncharted Seas where you explore the perilous depths in search of riches. This particular game offers fortune in the form of coins to the amount of up to 5,000 per payline!

This slot is designed with the look of a map drawn around the 1400's. Bordered with land on three sides, the expansive sea is your reel, accommodating five columns and three rows and the gusts of wind from the four corners can blow up all manner of magnificent creature symbols including the stuff of myth and legend. This includes an elusive mermaid, which is the highest paying symbol but is followed by giant sea monsters from the deepest depths including a kraken, which ascends to devour ships. The lower level symbols include nautical map images of the sun, moon and stars that shine down and provide light and direction. The sound effects and music compel you to sail on as they support the atmosphere in what is a very entertaining game.

We mentioned magnificient creatures, but perhaps none is so great as the giant sea-serpent that expands before your eyes. This particular one is a good omen as it can appear on reels 2, 3 and 4 and expand when included on a winning payline to cover the entire reel as a wild symbol. Here it can replace any other symbols except for the bonus symbol. Another symbol that will help guide you is the compass scatter symbol. The appearance of 3, 4 or 5 of them unlocks 10, 20 or 50 free spins. This game does not offer a gamble feature, which might have been a nice little extra to have. 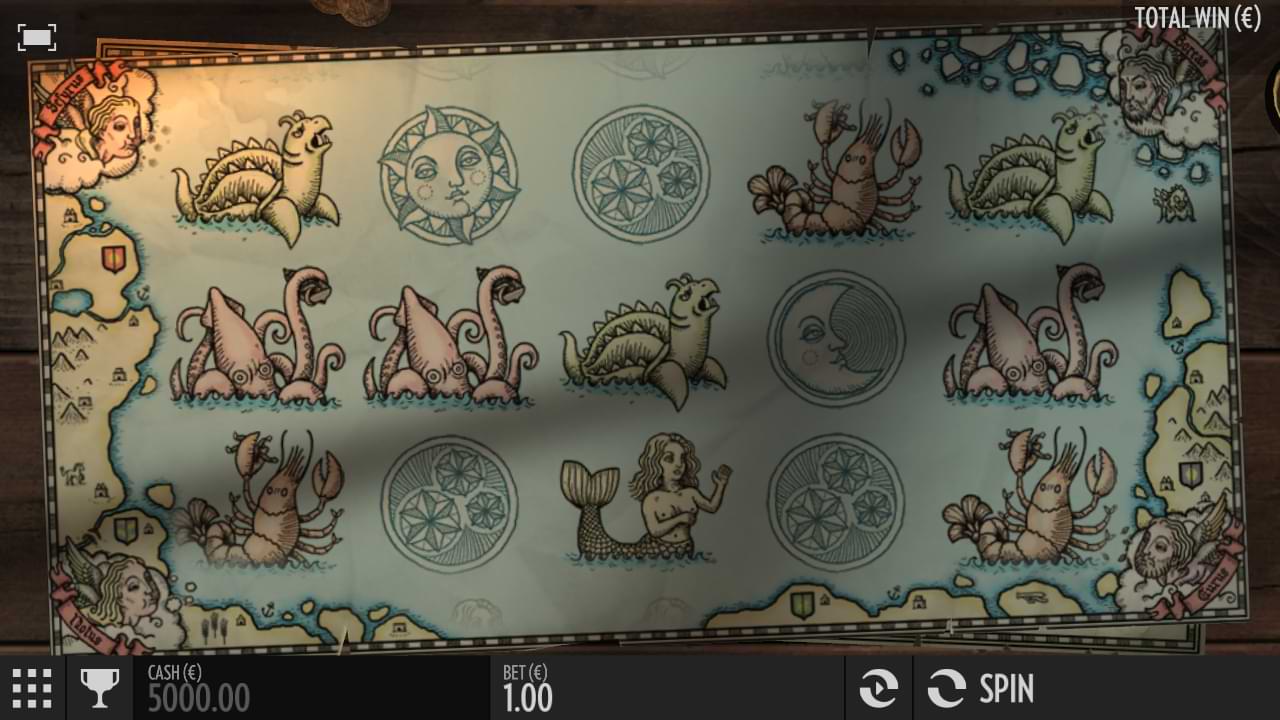 Bets in 1429 Enchanted Seas range from as little as €0.10 to as much as €100 and you can select your betting appetite by clicking on one of several bet size options. The variance for this game is low. That is, you will win more regularly though the prize size will be mostly around your stake with large wins much harder to come by. I enjoyed the graphics, sound effects and music and the features while limited are very helpful. In reality, with 25 paylines you don't need a ton of features though I would have liked the addition of a bonus feature with some entertaining interactive chance at winning even more prizes. Still with up to 5,000 coins per payline, I suggest you dive right in for a trial!