Join Cartman, Kenny, Kyle and Stan in this Christmas themed 5-reel and 25 fixed paylines slot South Park from Netent where you can win up to 1,250,000 coins while taking advantage of a suite of entertaining bonus games and mini features! 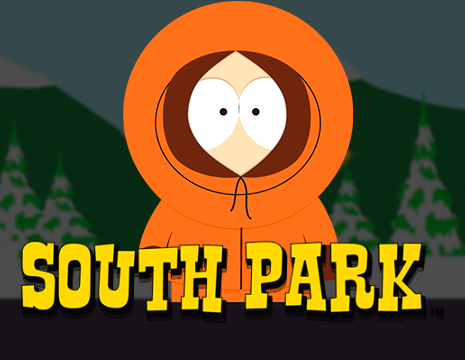 Straight out of the television cartoon, comes four different character symbols that make up the mid tier payouts. The developer tries to capture the essence of the television show as evidenced by the attention to small details with ancillary characters that popup after wins, design and sound effects, which include voices of the original cast members. The bonus games and mini features feature some entertaining animation to keep you hooked.

We’ve reviewed Pyramid : Quest for Immortality, the newest online slot machine by the same company. Check it out and see what you think!

This slot presents you with a regular wild that appears on any reel in the main game and Kyle bonus spins and will replace all symbols that include those relating to Bonuses.

The slot offers three randomly triggered mini features that we’ll go through briefly in turn starting with the Terrence and Phillip Mini Feature that randomly places three wilds on the 2nd, 3rd and 4th reels. The first wild is placed on the bottom space with the next two symbols on successive reels forming a vertical or horizontal pattern. The Mr. Hankey Mini Feature randomly places three wilds on the 1st, 3rd and 5th reels. In addition, 1 or 2 wild symbols can be added anywhere on the spaces. The Cartman Mini Feature has a beefcake wild that can appear as a 3x3 block, 2x3 on the top 2 rows or 2x3 on the bottom 2 rows on the 2nd, 3rd and 4th reels.

You will also find 4 bonus games name after each of the four characters and unlocked by a bonus symbol that corresponds to each of them on the 5th reel in combination with 2 regular symbols appearing on the 3rd and 4th reels. Let’s start with the Kyle bonus spin where you play kick the baby! Kyle kicks the Ike wild where it lands on a prize. What’s more, you are awarded 10 free spins and you can win more free spins while the feature is active. When the Ike wild symbol appears on the 5th reel you have a chance at winning either +3 extra free spins, a 2x or 10x multiplier or one of 2 coin wins. The Kenny bonus spin asks you to help Kenny get through the win, multiplier and danger zones without being involved in an accident. Choosing correctly could land you a coin win of up to 139,000 or a 2x to 10x multiplier. Next, the Cartman bonus game asks you to help him search the eight bushes for prizes without getting busted by the police officer for coin wins and 2x multipliers. You can win up to 1,250,000 coins capped at 5,000x your current bet. Finally, the Stan bonus game gives you two re-spins with sticky wilds. 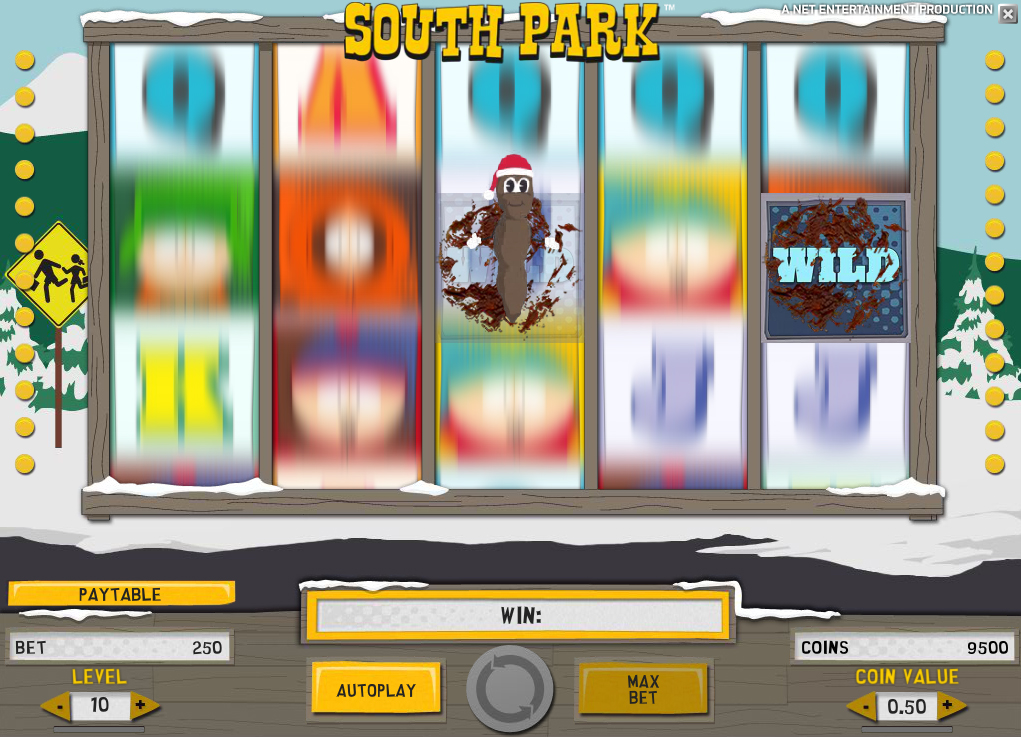 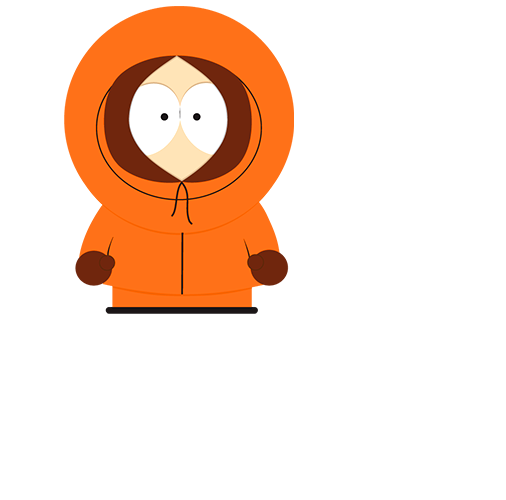 The theoretical return to player (RTP) is 96.7% on bets that range from €0.25 to €12.50. South Park is a hilarious slot, packed full of features and bonuses which fans of the show are sure to appreciate! We enjoyed this slot and think you will too and if you are curious to play but don’t want to commit any money, you can try it for free.

Check out the latest slot machine we have reviewed and have a chance to win big with Joker Pro!