I must state the obvious: Saucify is not the best developer of online casino games. Their creations have tended to be rather bland and uninspired. Yet we must not believe the anecdotal evidence that suggests that their selection is only full of mediocre games titles. On the contrary, we would be committing a grave error because the company has also developed a few small nuggets that stand out. Among them, we find Arcadia i3D which proves that the little guys at Saucify can do an excellent job when they are determined enough.

It is particularly in its rendering of graphics that slot machines with 5 reels and 243 ways to win attract the attention of players, since its presentation is very different from what we usually see in a slot. Here, the symbols do not appear on a traditional 2D plane. Instead the game uses isometric 3D which has raised symbols racing along a treadmill, with a dynamic aerial view producing results that are as atypical as they are successful. You will soon realize that its truly unique character appears very pleasing to the eye. 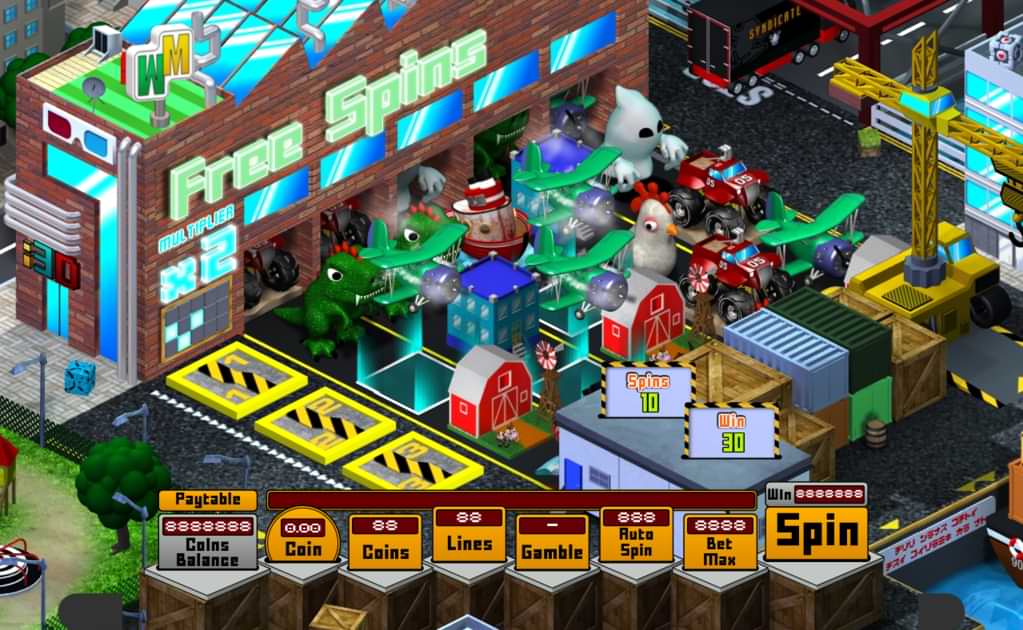 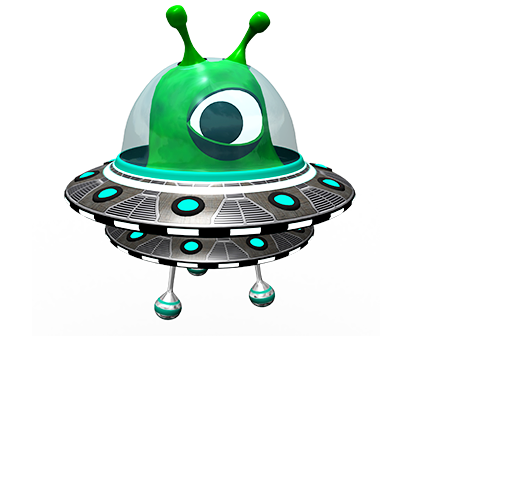 Though the visual design of Arcadia i3D is unquestionably innovative, the designers in contrast opted for more standard entertainment features. You have the chance of landing one of two standard special feature symbols and be rewarded with free spins.

Representing an alien, the wild symbol has the power to replace other symbols and can also reward you with 75, 250 or 1,000 coins. This can be accomplished by landing 3, 4 or 5 wild symbols respectively.

The scatter symbol is represented by a robot and rewards you with 5, 20 or 100 coins each time a spin reveals 3, 4 or 5 scatters respectively anywhere on the reels. You also receive 15 free spins during which any wins are doubled.

The video slot Arcadia i3D designed by the developer Saucify offers game content that is admittedly conventional but undeniably effective. With Innovative visual success it should easily attract a lot of player interest.