Game of Gladiators from Play'n GO is a 5-reel and 20 paylines, high volatility slot.

Play'n GO invites you to enter the ring in Game of Gladiators featuring 5 exciting Primus bonus features and unlimited free spins with your choice of champion for the chance to win up to 5,000x wager.

There are plenty of free online slots machines waiting to be played!

The slot is set in an ancient Roman Coliseum. The four upper-value symbols include four different gladiators: Scissor, Provocator, Murmillio or Retarius. There are four lower-value symbols including the K, Q, J and A royal flush. The soundtrack sounds like something out of a gladiator movie or other epic film. There are other audio effects including the sound of a Coliseum audience, roaring lion and of course the sounds from triggered features or winning combinations. The artwork is creative, colourful and fit in nicely with the theme. 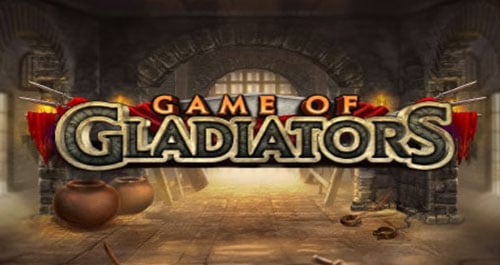 Tome of Madness offers a lot of great features, so we recommend it to anyone who is looking for a new slot game.

Choose your champion for the free spins feature or win one of the 5 Primus bonus features.

The free spins battle feature is triggered by the appearance of 3 scatters symbols on the odd numbered reels. During the feature the wilds are expanded, and the free spins continue indefinitely until the battle is won or lost. Of course when you enter the arena, you'll need to choose your champion to replace the base game scatter. You've got two. First you have Spartacus which is a feature re-trigger. The second is Amazonia who comes with bet multipliers ranging from x20 to x100. The champion is granted one attack which awards the battle prize. A second attack is a x2 multiplier and the third attack is a x3 multiplier.

The slot includes five different bonuses in the Primus feature which can randomly trigger during the base game. In the Fame bonus, a gladiator is selected, and a bonus is paid out using the battle prize paytable. In Spear Attack, between 3 and 6 random wilds are added to the spaces. In Sword Attack, between 2 and 4 duplicate reels are created mirroring the first one. In the Net Attack a gladiator symbol is frozen for a re-spin. Finally, in the Enraged bonus, two fully expanded wilds are randomly added to the reels. 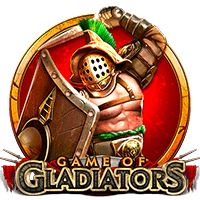 The tiger wild symbol can appear on any reel and substitute for all other symbols outside of the scatter. The tiger wild can form a winning payline of 3, 4 or 5 symbols long to reward up to €250, €500 or €2,500.

Be the last Gladiator standing

Game of Gladiators slot has an RTP of 96.42% and can be played with a range of wagers that begin at €0.20 and end at €100. This is a higher volatility slot meaning you may need a higher bankroll if you want to play long enough to increase the odds of cracking a larger payout. The game is played out on 5 reels and 20 fixed paylines and has been optimised for use on desktop as well as mobile. Take the battle with you on an Android or iOS device. If you're ready to get started, then visit one of our recommended casinos today.

This is a really good slot game. You should definitely read Firefly Frenzy review and try out the game!

Players who like Game of Gladiators also play at :
Technical details
Software