Mega Moolah from Microgaming is a record-breaking progressive jackpot game.

If we had to name one progressive jackpot slot above all others as the most popular of all time, then Mega Moolah would definitely be it! It is the product of Microgaming, a South African developer, and has earned a reputation for staying power and multi-million payouts. It finds its way into our blog from time to time precisely because of these spectacular payouts! Case in point, back in early September, a lucky player boasted a $4.7 million Canadian win, and as far back as September 2017, one lucky player won €7.7 million. Today in our blog, we've decided to take a look at Mega Moolah Jackpot statistics and record payouts history. We explain how to play, how the jackpot is won, and look at some impressive statistics. We invite you to read on.

How do I play Mega Moolah progressive jackpot?

Mega Moolah was launched in 2006 by Microgaming and has been a success ever since. This high volatility slot game has an African safari theme. We can't help but think about The Lion King from Walt Disney Studios when we gaze at the creative artwork. The game offers a 2x wild multiplier, free spins and a now-famous progressive jackpot.

Games that provide the chance to win the Mega Moolah progressive jackpot: 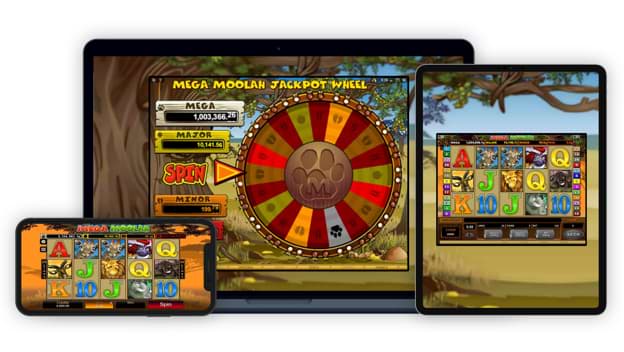 Which jackpots can I win on Mega Moolah?

Some players don't realise that Mega Moolah offers not one but four progressive jackpots:

When we talk about big jackpot payouts, then we're talking about the Mega Moolah progressive jackpot! Unlocking one of these jackpots requires you to randomly trigger the Bonus Wheel Feature that contains the following wheel spaces:

There are 5 games offering the chance to win one of the four Mega Moolah Progressive jackpots on mobile, instant or downloadable app.

As you can see from the single white wheel space, winning the Mega Progressive Jackpot is not easy, but it has been done! It's important to note that the probability of winning a progressive jackpot increases with the level of wager. On September 28, 2018, a fortunate player found this out when he recorded the most massive jackpot win in the history of Mega Moolah and the biggest online win ever.

There are also some very significant runner-up winners when it comes to Mega Moolah jackpot wins which we also wanted to mention:

The jackpot has been won numerous times in multiple currencies: 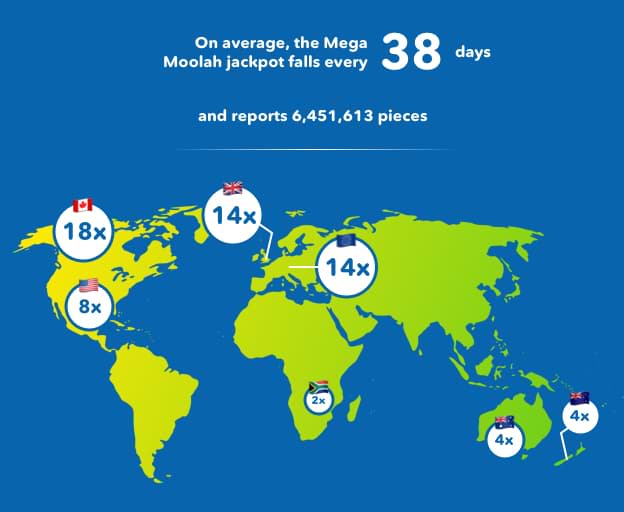 If we look at the total number of wins in terms of platforms, we find some remarkable results:

Up to the date of this blog, the Mega Moolah jackpot was won a total of 9 times, with roughly 2 months still to go until the end of the year. So far it has paid out over US$58.3m, and shows no signs of slowing down.

I am a great fan of gambling, I became a croupier to finance my studies. After my high school diploma in economic and social sciences , I obtained a bachelor&#39;s degree in economics and then a master in philosophy with a thesis on player behavior. After working in an online casino customer support, I became a writer on FeedBack Casino.