The developer Red Tiger Gaming was founded by veterans of the online gambling industry in the year 2014, and they have a license from the gaming authority of the Isle of Man. Their focus lies mainly on the design of slot machines, but they also offer some table games. Most of their games have 2D graphics, but there are also some games with beautiful 3D graphics.

The Red Tiger team consists of nearly 200 people, including mathematicians, audio engineers, game experts, account managers and... a psychologist. This is an interesting detail since it means that the games are created using psychology and therefore to adapt to all players, from the beginner to the enlightened amateur without forgetting the ruthless high roller.

Red Tiger is one of the top slot developers in the online casino market. They have already established several collaborations with big names in the gaming industry such as William Hill, PokerStars and Paddy Power. In 2019, Red Tiger was acquired by Netent for a reported £197 million.

You can discover the games from Red Tiger in the following online casinos. 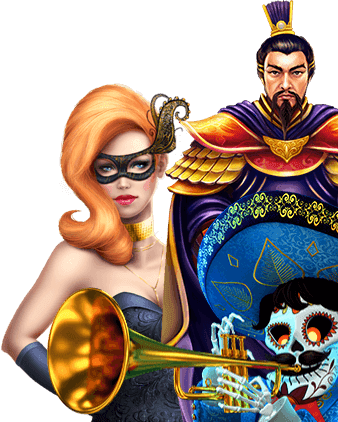 Since its launch, Red Tiger has made a name for itself as an excellent slot developer in record time. Its slots are getting more and more interesting, both in terms of graphics and gameplay. Of course, they have been developed with the best graphics (in HD) and they represent various themes. We can mention: elves, Asia and its precious stones, Ancient Egypt.

It should not be denied that the work of the designers is very successful, good ergonomics and remarkable aesthetics decorate the platforms that have trusted him. However, the options and features of the games are not complicated, an automatic handling is at the rendezvous.

The games of this designer are also compatible on all desired devices because the developers have decided to adopt the HTML5 innovation.

To discover Red Tiger Gaming's games, we recommend the following titles, which we believe are the provider's best RTP slots and most popular among players.

For all the one-armed bandit enthusiasts, Dragon's Luck is a delightful video slot suggested by the great game publisher, Red Tiger Gaming. The platform features 5 reels and 10 paylines.

With this wonderful slot machine, we have the opportunity to meet a mythical and legendary creature of the Asian culture. The game invites us to meet the famous fire-breathing dragon of this distant civilization.

Cirque De La Fortune is indeed the only circus where wins of more than 3333x your stake are waiting for you, you have to take advantage of it and admire the show of talented artists that takes place under the big top!

Many of the slots have a lucky theme with the leprechaun, an Irish legend. Here we have a slot machine with a theme of luck, happiness and friendliness with the Leprechaun, a leprechaun who brings good luck to those who can meet him. You don't really see him in the game, but you can hear him!

Of course, we couldn't miss the fact that Red Tiger is also developing Megaways slots. including Mystery Reels Megaways and Gonzo's Quest Megaways based on the famous NetEnt hit game. It will come as no surprise to see Red Tiger slots in our top Megaways slots list at some point.

Red Tiger Gaming's Mystery Reels Megaways slot has the potential to attract the curiosity of many players looking for big surprises!

The design of this title was done in partnership with Big Time Gaming, the creator of the Megaways feature that allows for a large number of lines. Red Tiger has therefore exploited this feature by adding it to the first version of Mystery Reels. The formula features a fruit slot theme and a multitude of winning lines, up to 117,649 accessible on each spin, allowing for maximum winnings on a 6×7 structure.

Join the conquistador Gonzo on his exciting search for El Dorado in this new adventure brought to you by Red TIger Gaming with Gonzo's Quest™ Megaways! Venture into the deepest jungle in search of the lost golden city of ancient civilizations.

You'll love the animations featuring this gold coin chewing conquistador, occasionally scratching his beard and celebrating your outstanding victories, something you shouldn't miss if you enjoyed playing Netent's Gonzo's Quest before.

As in this previous title developed by Netent in 2015, our hero will have to make his way through avalanches of blocks that actually hide real treasures, the ultimate goal for you will be to get enough Free Fall symbols in order to enter the free spins where multipliers of up to x15 can be revealed on the screen.

The games from the developer Red Tiger had many positive points to mention, and these are:

Unfortunately, there are also some drawbacks:

The people behind Red Tiger have a long-standing experience in the online casino market, which makes them very serious and professional. The level of security is very high. There are real-time analytics, instant alert tools and security tools that ensure that transactions are completely safe and that your personal data is protected.

Their casino games are certified in many jurisdictions. They have four licenses from the major Authorities. These include the UK Gambling Commission, the Malta Gambling Authority MGA, but also the Alderney Gambling Control Commission and HM Government of Gibraltar.