The fascination with Ancient Egypt continues with the 5-reel and 1- 20 variable paylines slot Ramesses Riches from NextGen Gaming. Those riches can indeed come in many forms with up to 5,000 coins on a winning payline consisting of Ramesses himself! 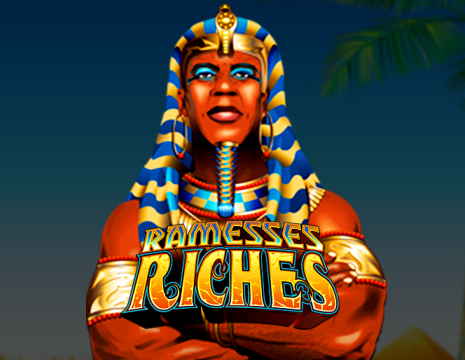 The background features palm trees with a distant pyramid, which is the only way one might distinguish Ancient Egypt from the Mojave Desert. The reels have a rather bland faded marble pattern to them. Lower level symbols include the uninspiring poker variety, with an old map, eye of Horus symbol, Bastet, Isis, Ankh and Ramesses representing the higher level. While the graphics are not bad, the overall look of the game has an older feel to it, which really does not distinguish it from the dozens of other slots of the same theme. The same can be argues for the sound affects and music, which are simply put not much more than standard.

Now that you've tried this slot game, we recommend you to try Great Wild Elk from the same provider.

Ramesses Riches has most of the most common elements that you’ll find in slot games with the exception of the bonus feature. The Ramesses symbol acts as a wild with 2x multiplier, with 2, 3, 4 or 5 symbols rewarding you with up to 10, 100, 100 or 5,000 coins while substituting for all symbols except the Ankh scatter. This next symbol will reward you with up to 2, 5, 15 or 100 coins with the appearance of 2, 3, 4 or 5 symbols anywhere. The Ankh scatter symbol when appearing 3, 4 or 5 times will also award you with 12, 16 or 20 free games where your prizes are enhanced with a 3x multiplier! Wins with the Ramesses have a 6x multiplier applied and for good measure this feature can be re-triggered while active. If it’s even more riches that you’re after you can play the card gamble feature by predicting the colour of the next card for double or nothing chance or guessing the card suit for a quadruple or nothing chance. These winnings can be gambled up to 5 consecutive times. 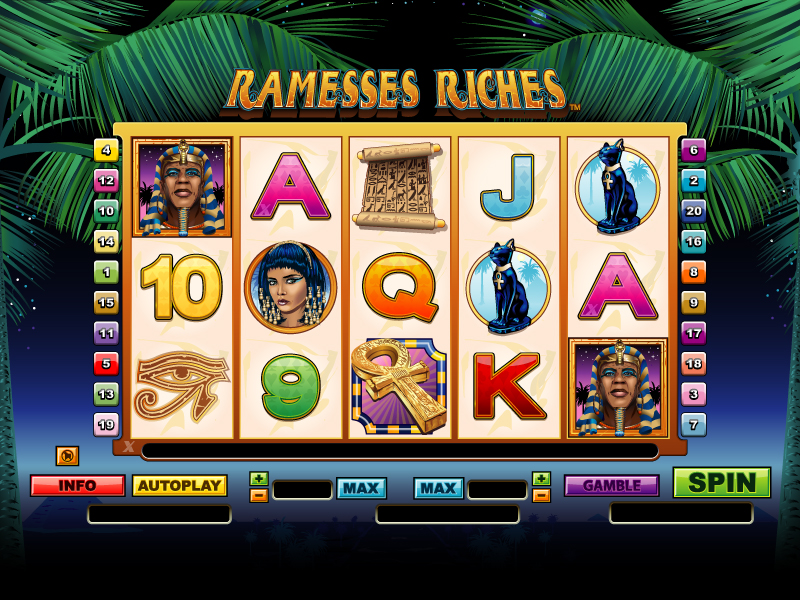 Popular theme with most of the common features 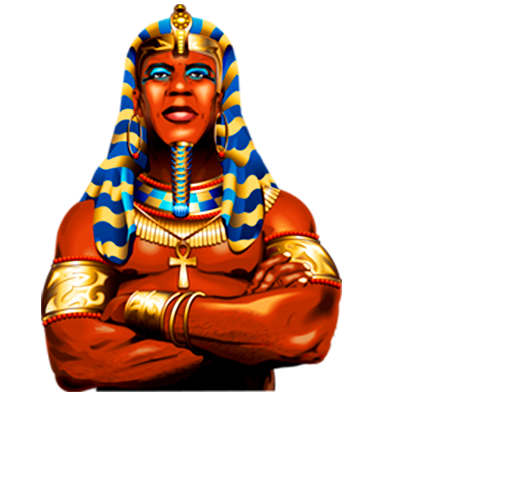 The theoretical return to player (RTP) is 95.425% and bets may be selected from as little as €0.01 per payline or €0.20 total bet to as much as €2.00 per payline or €40. There is a reason developers keep choosing to make Ancient Egyptian themed slots and that’s simply because they have a following and while this is not the best we’ve seen, this certainly is not the worst. The game has most of the common features to many games and I particularly liked the multipliers during the base and free games. If we’ve got your interest and If you are after a medium variance slot then this game could be right for you!