Noble Gaming has set its sights on the British Royal Queen and while the design style is anything but straight faced in the 5-reel, 3-row and 20 fixed paylines slot Her Majesty's Knights the prizes are not with 3-progressive jackpots!

The cartoon style graphics are intended to be amusing by poking fun at the British Royal Family. Meet Hugh, Arin and Liam who are the blade wielding entry level payout knights, followed by the lance wielding Edward and Axe wielding Roland. Second to the top is Cedric the horse riding knight and of course at the top is the ummm….vertically challenged Queen Elizabeth symbol standing on her royal throne. These main symbols are goofy and amusing appearing as expanded to cover up to 3 spaces and accompanied by instrumental music that plays during reel spins. The sound effects are standard with periodically thematic sounds. 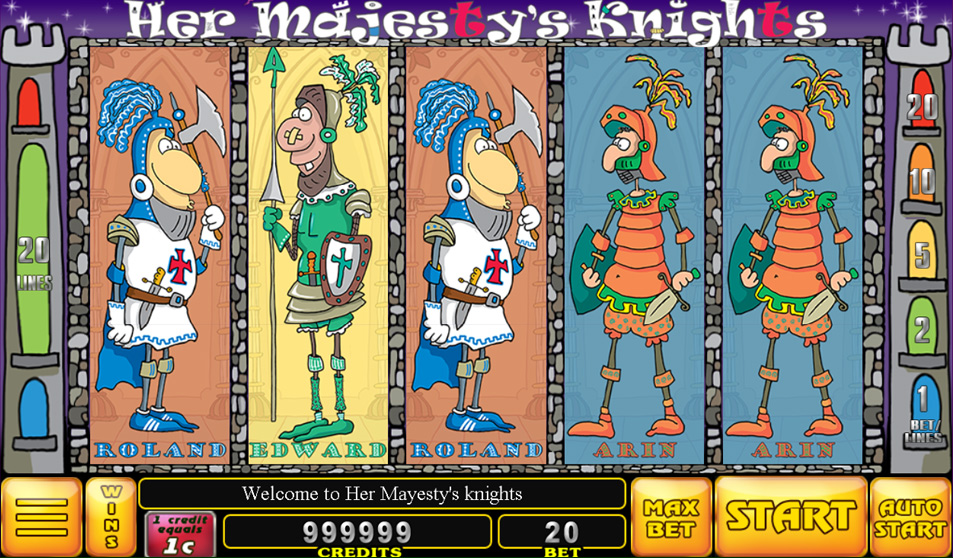 You can test or play for free the Dragon's Margin online slot machine. So you will know if this game is for you! 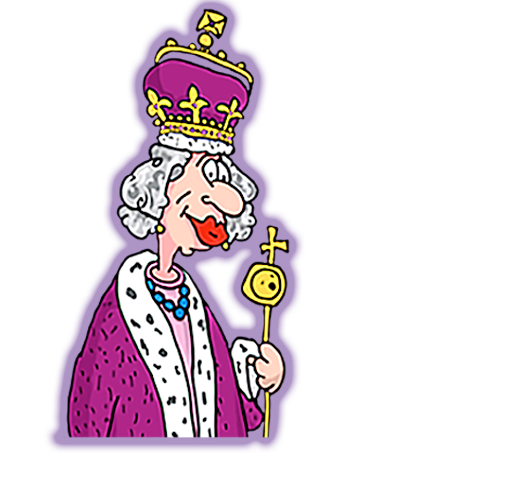 This slot is very short on features so you will not find free spins or bonus features but you what you will find is the Queen wild symbol that like the base symbols appears as expanded to cover up to 3 spaces and replaces all but the castle scatter symbol. The castle scatter symbol is the only symbol that does not appear as expanded and causes a free re-spin to occur that repeats until you have won a prize. This is referred to as the Spin to Win Feature. Finally the slot gives you a chance to top up your winnings with an optional chance to play the suit gamble feature for a one in four chance of quadruple or nothing or the colour gamble for a one in two chance at double or nothing.

Leave you in stitches! 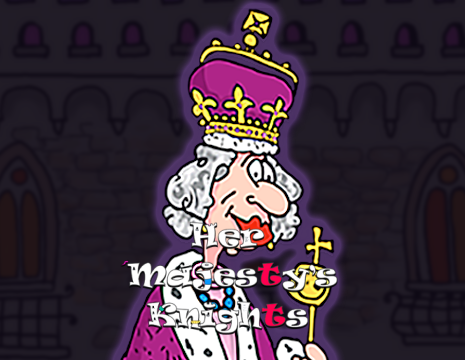 Her Majesty's Knights can be played with bets ranging from €0.40 to as much as €10 with a variance which is closer to medium meaning you win every so often with prizes that may be higher. Ultimately though, the sizeable prizes are difficult to trigger meaning you would likely need to play longer for a crack at them so be prepared to play with a larger bank role. Payline wins are calculated using the coins awarded in the paytable multiplied by the coin value which is €0.01 and you can win 50x, 25x, 10x, 5x, 2.5x, 0.1x, 0.5x or 0.1x your total bet or one of three progressive prizes. The slot is short on features meaning that once the novelty of the theme wears off the lack of features will likely have you wanting more. The game can be played for free and we suggest you do so to decide whether it is the right game for you.

We recommend you to try Tahiti Breeze, an online slot game available at the same supplier as this one.

Players who like Her Majesty's Knights also play at :
Technical details
Software