Leander Games welcomes you to the nuclear zombie apocalypse themed game Zombie Rush where the zombies are everywhere and they want to eat your brain! Join our young baseball bat-wielding hero Max and his female companion Claire as he navigates the burning ruins of the streets and back alleys in this 5-reel and 20 fixed paylines slot where you can win up to 1,500 coins per payline!

Leander Games has put together some visually stunning games in the past and this game is no exception to that. This is not so much a horror theme as it an amusing zombie butt kidding one. The background is what you would imagine an apocalyptic world to be with burning buildings devastated by a nuclear explosion. The developer leaves out the unimaginative poker symbols and replaces them with a quarantine sign, bat and shotgun, human brain, and goofy jack-o-lanterns symbols. The medium tier symbols are three different zombies and the highest tier are our young companions. Sound effects are spectacular as is the animation. As an example one of the zombies pulls out his own brain and in another scenario a jack-o-lanterns gets axed in the head as he is about to chomp down on a human brain. There are plenty of screams along the way!

Now that you've tried this slot game, we recommend you to try Golden Rome from the same provider.

Features to die for!

The game features do not disappoint so we will first mention the leaking nuclear waste wild symbol. This wild will replace any other symbols except for the bonus symbol. The nuclear zombie feature is unlocked when a nuclear waste wild symbol is above one of the three zombie symbols and leaks onto the zombie converting all other zombies of the same type into wilds where the winning paylines if any are then calculated. You also have the free spins bonus scatter feature unlocked by the appearance of three symbols on the 1st, 3rd and 5th reels. The nuclear zombie feature will remain active and for added nightmares, the zombie symbols appear stacked for some added power! The re-spin feature is a randomly triggered feature, which can be activated after a winning line with 2, 3 or 4 of the same symbol. Here the winning symbols lock with the other symbols spinning for a chance to add wilds or additional symbols to improve your payline. 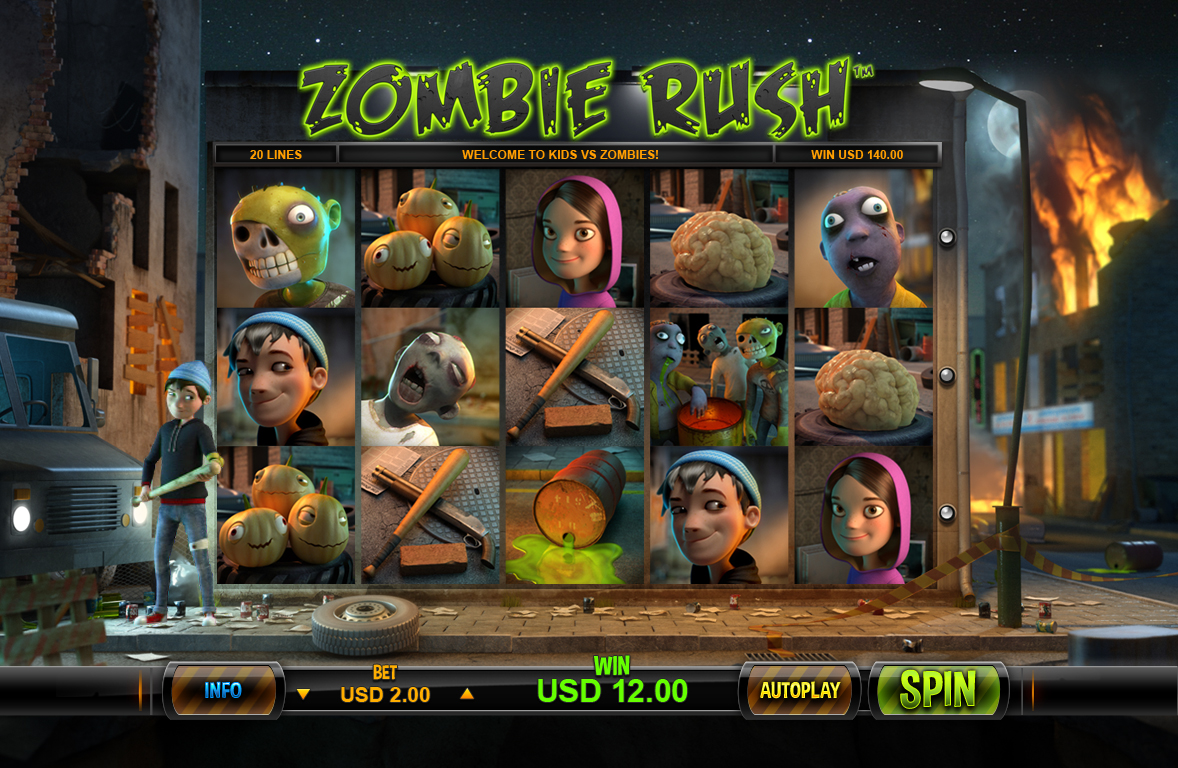 As if the features we mentioned weren’t enough this next bonus feature is unlocked with 3 bonus symbols appearing anywhere on reels 2, 3 and 4. Here you help Max to find Claire by opening doors to reveal the contents of the room. You can win prizes, keys to advance to other levels and find Claire to claim a big prize. The feature ends when you find Claire or encounter a Zombie. 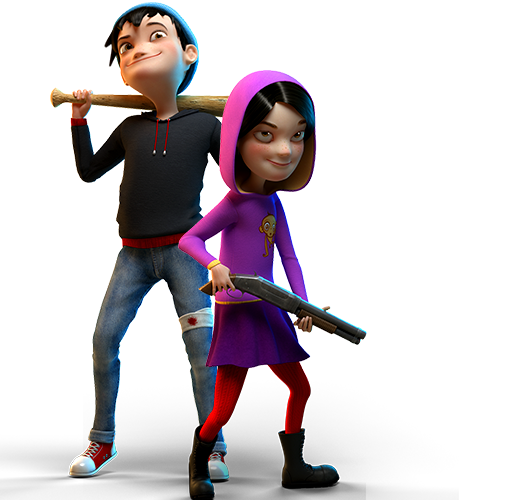 The bets in Zombie Rush range in value from €0.20 all the way up to €100 and you can select a bet size from a number of predetermined options. The theoretical return to player (RTP) is 94.89% which is a little on the low side. While the prizes are decent they are not amongst the highest you’ll see but the theme is a very entertaining one and is complimented nicely by the sounds and graphics. If you think you can help Max and outrun the zombies, why not give this game a try?