Wonder Woman is another in a series of DC comics superhero adaptations developed by Cryptologic. You may recognize some of their other work including Superman, Green Lantern and the Flash. This is a 5-reel 50 variable paylines slot whose theme is based on the Amazons of Greek mythology. The maximum jackpot per payline is 5,000 coins.

The game was released near the end of 2009, which likely explains the dated level of graphics. The graphics are not horrible, but when you compare them to some of the aforementioned, you will see where I am coming. The basement paying symbols consist of poker symbols which is disappointing in itself, and the middle tier symbols including her invisible plan 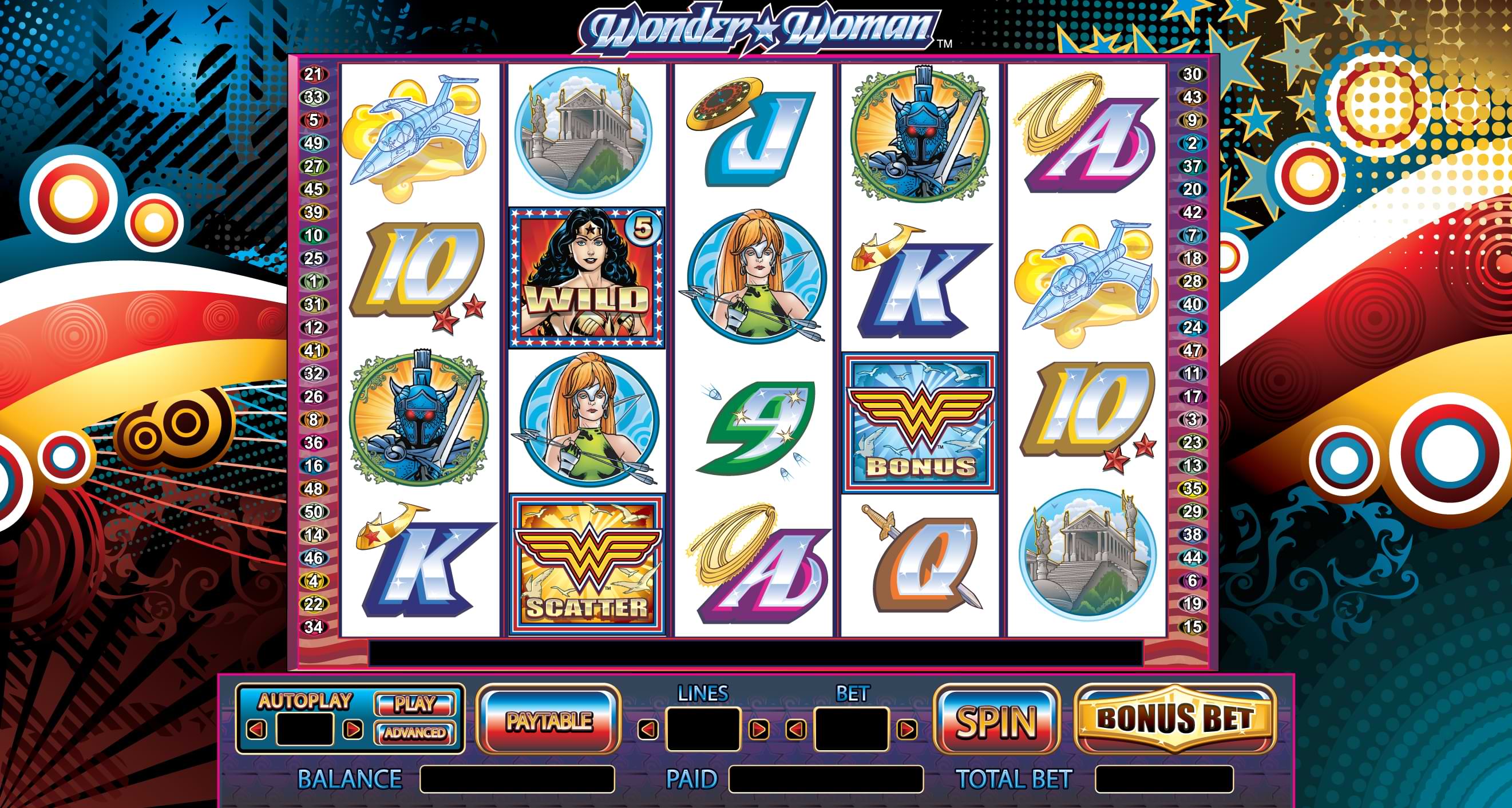 e, God of war Aries and Goddess symbols. You will also find the Wonder Woman wild symbol. The sound effects are mainly standard which is not what you would hope for from this type of game.

The Wonder Woman wild can appear on reels 2, 3, 4 and 5 and substitute for all symbols other than the scatter and bonus symbols. The Wonder Woman logo scatter symbol can appear anywhere on the reels and you can win 8 free games when you land three or more. During the feature, Wonder Woman will add wilds to the reels at random which are sticky for up to 5 spins. During the feature, a 2x multiplier is applied to all wins. Keep in mind that the free games feature cannot be re-triggered while it is running.

This feature is only available if you activate the bonus bet feature at a cost of 10 extra coins per spin. While activated, a 50x multiplier is applied to scatter prizes and the bet per line. Triggered by 3 or more Wonder Woman bonus scatter logos, you are taken to a screen where you witness the epic battle between the God Ares and demigod Wonder Woman. Ares calls forth his zombie horde to attack, for a total of 3 times. If she manages to hit Ares 3 times he is defeated and your reward is 100x your bet. 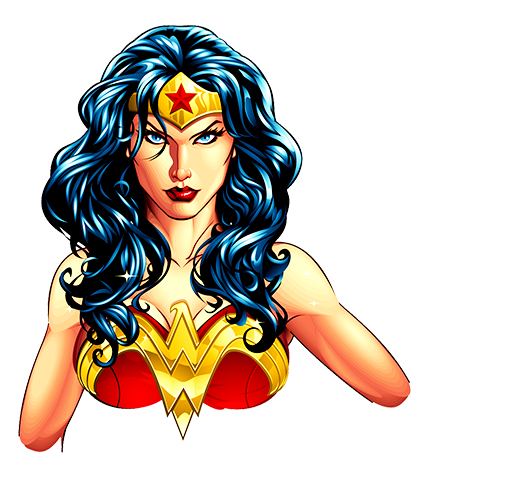 The bets in Wonder Woman range from €0.01 on one payline all the way to €120 on all 50 paylines for bet sizes ranging from €0.01 per payline up to €2. To maximise your chance of winning we suggest you play with all 50 paylines. The theoretical return to player (RTP) depends on whether you choose to play with the Bonus Bet activated or not. If the answer is yes then it is 95.41% and if the answer is no then 92.48%. The game has a medium variance with decent sized wins harder to come by so you will have to play this one longer for a chance of a larger winning. A maximum prize of 5,000 coins is a respectable haul with some interesting features to help you land coins and offset the dated sounds and symbols.