Mjölnir was the name given to the hammer of the Norse god Thor. Infused with the power to topple mountains, it is one of his weapons of choice in Thor’s Lightning from Red Tiger. This is a 7x7 grid cluster-pays slot featuring wilds, Lightning Feature, Hammer Feature, Muspell Free Spins and Valhalla Free Spin for prizes of up to x1,800. 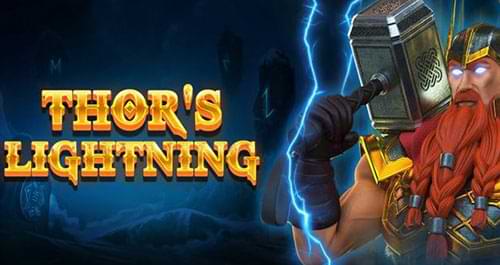 With artwork that conjures brilliant images of Norse mythology, the grid is set in the Viking north with snow-capped stone and earth. There are eight symbols in total: four higher-paying and four lower-paying. The higher-paying consist of Thor’s hammer, Yggdrasil tree, wolf god Fenrir and hawk god Veðrfölnir. The four-lower paying symbols represent different coloured markings. This is a cluster-pays slot where 5 or more symbols adjacent horizontally or vertically creating a win. It is possible to win up to 500 coins with 40 or more of the top symbol in a cluster.

We’ve reviewed Vicky Ventura, the newest online slot machine by the same company. Check it out and see what you think!

Randomly triggered and with a high hit rate, Thor may call upon the power of lightning to strike down the lower-paying symbols on the grid or transform all symbols either into matching symbols or wild.

Randomly triggered and with a high hit rate, Thor tosses his hammer at the reels which can remove symbols or nudge rows and reels to create wins.

Either the Muspell Free Spins and Valhalla Free Spins are triggered when the 8 outer tiles that surround the middle 9 inactive tiles in the slot’s centre are broken in a chain reaction. Both have higher hit rates.

During MuSpell Free Spins, only the higher-paying symbols are included and there is the Lava Feature where the lava may act as a wild or destroy or add an identical symbol.

In Valhalla Free Spins the only symbol available is the Golden Shield which freeze in place until the end of the feature to reveal multiplier values. 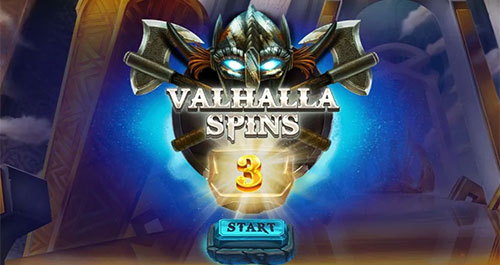 Power of the old gods

Invoke the power of the gods in Thor’s Lightning slot while using HTML5 technology and raring to go on desktop, tablet and smartphone. Optimised for IOS and Android, it follows you just about anywhere. This is a higher-volatility slot with a February 14, 2019 release – Valentine’s Day as it so happens which may mean that you’re going to love it!

Check out the latest slot machine we have reviewed and have a chance to win big with The Equalizer!