Adapted from the pages of the DC comics universe comes the superhero slot The Flash by Cryptologic. In this 5 reel and 50 fixed paylines slot the Flash does battle with his nemesis Captain Cold, dimensional traveller Mirror Master and telekinetic Gorilla Grodd as you play for prizes of up to 10,000 coins per payline!

Graphics true to the comics

Like the pages of a comic book, the Flash slot is drawn true to form. The basic lower level poker symbols at one end of the scale is counter balanced by colourful super villains at the other end. The animated Flash wild symbol is untouchable as the highest paying symbol, racing towards you at lightning speed! The sound of inspirational themed music permeates in the background setting the mood for what is sure to be a wild experience! The sound effects are standard during base spins with some more thematic sounding effects during wins and triggered features.

The bonus bet is an optional feature you can choose to play but it comes at a cost of an additional 10 coins per spin. What do you get for this? Well for starters there are three variants of the rogue feature triggered when you land three or more bonus scatter symbol logos anywhere on the spaces. You will automatically win 12 free games during which time the Flash wild symbol can act as either a 2x, 3x, 4x, 5x or 10x multiplier. The three variants include Captain Cold who may randomly appear during spins to freeze in place and expand the left most Flash wild symbol for a single spin. The second variant is the Gorilla Grodd where he teleports a wild onto a different random space for every free game spin. Last is the Mirror Master variant who takes you back in time in essence awarding you four extra free spins. The rogue feature can be re-triggered while active. 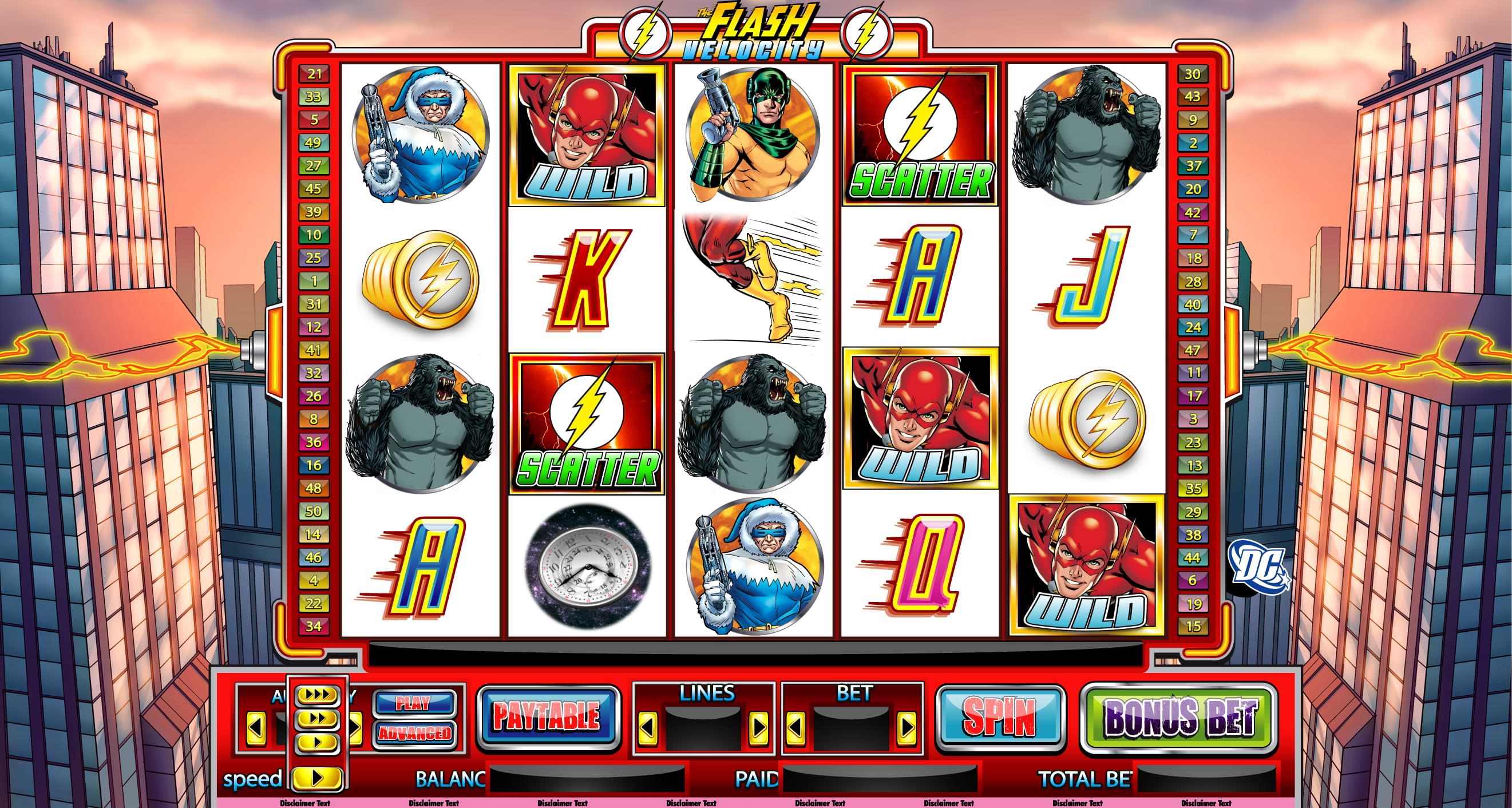 The Flash symbol acts as a wild substituting for any other symbol except for the scatter logo and bonus scatter logo symbols while simultaneously acting as an up to 3x multiplier when the bonus bet feature is not activated. When the bonus bet feature is activated, all winning paylines that include a Flash wild have a 5x multiplier throughout base games and up to 10x multiplier during free games. The lightning scatter symbol appears on any reel with two or more rewarding you with corresponding prizes regardless of their position on the reels. By the way, an added sugar rush comes in the form of the randomly triggered speedster feature which may change symbols into wilds during base games only.

Gamble Feature for even more prizes! 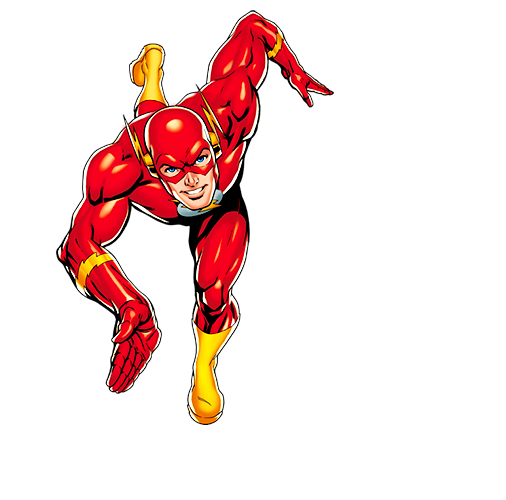 For a chance to enhance your winnings you can elect to play either the red/black gamble or suit gamble features up to 5 times where you have a chance of doubling or quadrupling your winnings.

Great blend of them and features

You can play for as little as €0.01 per payline or €0.50 per spin at a lower variance to as much as €2.40 per payline or €120 per spin for a higher variance. The developer has listed the theoretical return to player (RTP) as 92.48% when the bonus bet is inactive and 95.47% when active. With ample features and some potentially higher rewards The Flash is a great blend for comic book and slot lovers alike that will have your heart racing!

Players who like The Flash Velocity also play at :
Technical details
Softwares