The Enforcer is a gun-slinging western themed 5-reel, 3-row and 1 to 20 variable paylines slot from the developer Ainsworth promising some prizes in the tradition of the train heist variety at up to €200,000! 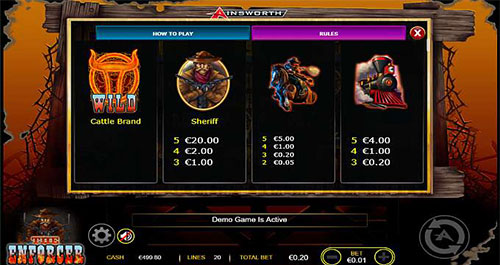 The reels consist of wooden panels that look like the backing of an outhouse which seems a little on the dull side but the regular icons somewhat make up for that with the train robber, train, gun & holster and Sherriff's badge. The lower paying symbols include 6 poker icons. Missing from the slot is a western themed tune supportive of the theme though there are audio effects such as a shooting gun triggered randomly or sound of a bull when a winning payline is formed.

The slot includes a red-hot cattle brand wild that can appear on the 2nd, 3rd and 4th reels with the ability to substitute for all other symbols except the Sherriff scatter. During the features game the wild can combine to reward you with up to €4,000 or €10,000 with 4 or 5 symbols on a payline. The scatter can appear on any reel during the base games and you can win up to €10,000, €20,000 or €200,000 with 3, 4 or 5. It is possible to win 8 free games when three or more scatters appear on any spin. While the feature is triggered, the cattle brand appearing on any space is frozen in place until the end of the feature. The sheriff symbol can appear on the 1st and 5th reels and act as a wild with between a 1x and 3x multiplier attached when forming part of a winning payline. A payline win that involves both a wild on the 1st and 3rd reels will have a multiplier equal to the product of the two. 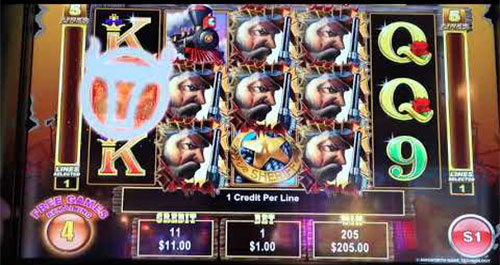 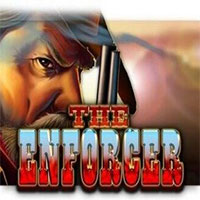 The Enforcer slot has a theoretical return to player (RTP) of 93.84% which is certainly on the low side relative to most other slots partly explained by the fact that the potential prizes are much higher. You can vary the best from as little as €0.01 to as much as €100. The game has a western theme supported by the design of the symbols but the sound effects were a little lacking and would have been better served by including a western tune. In this slot you will find wilds, scatters and free spins with multipliers but the game has both a base and a feature paytable which is a minor nuisance considering the prizes are lower in the free spins. While you can vary the number of paylines for the best chance of winning we recommend you play with all 20 for the best chance. This game is not one of the most exciting of games for its genre but if you are interested in taking the next step then you can visit the casino today.

Players who like The Enforcer also play at :
Technical details
Softwares