Superman comes to you from high above the concrete city of Metropolis in Cryptologic’s cartoon adaptation of the man of steel, to present this 5-reel and 50 fixed paylines slot. Not even kryptonite can stop him from rewarding you with prizes of as much as 10,000 coins when he appears five times on a payline!

Graphics and sound that does the comic books justice

With a theme like Superman, symbols are not hard to invent and the developer has provided plenty of them while avoiding the all too cliché poker symbols! Some of the symbols you will find include glowing red eyes Superman, phone booth Superman, Daily Planet News symbol, reporter and love interest Lois Lane and arch villain Lex Luthor. There are also the Bonus and Scatter Superman symbols and top paying Superman wild. The graphics are cartoon-like and you will notice the Superman wild flies from out of his space when he forms part of a winning payline. The music in the background is inspirational and the unnecessary sound of spinning reels is avoided with special effects kicking in on winning paylines or unlocked features.

Much like in the comic books, Superman is here to save the day and he does that in several ways one of which is the Superman wild symbol with the power to replace any other symbol except the Superman scatter and bonus symbols. 2, 3, 4 or 5 symbols on a payline will award you with 10, 250, 1000 and 10,000 coins. When forming a winning payline in the base games, a 2x multiplier is applied that increases to up to a 5x multiplier when the free games feature is triggered. How is the free spins feature triggered you ask? Well the answer is with the appearance of Superman wilds on reels 2, 3 and 4. What’s more, Superman flies down from the sky to act as an expanded wild superman on any reel! Play the optional card gamble feature either to guess the colour of the next card to double your winnings or to guess the suit for a chance of quadrupling it. 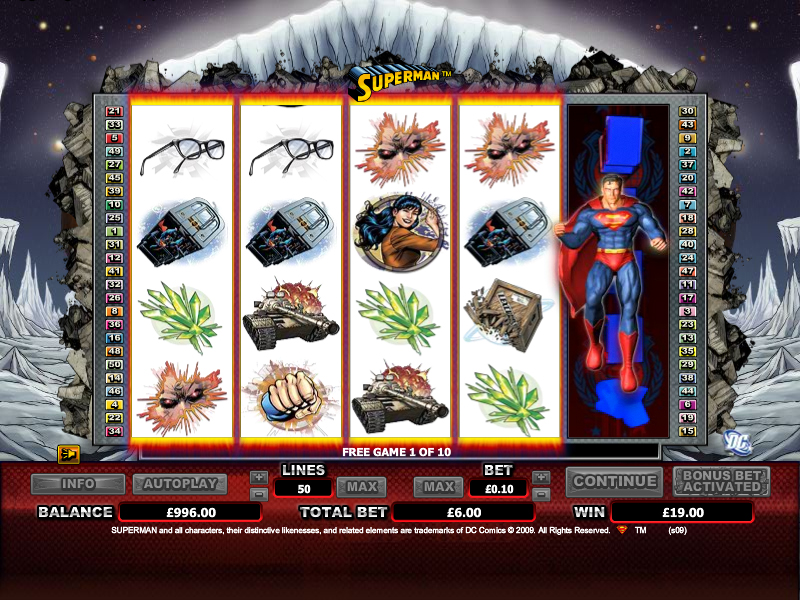 Save the world bonus and scatter features

The bonus bet is an additional feature that you need to activate at a cost of 10 extra coins per spin. When activated, 2, 3, 4 or 5 Superman logo bonus symbols on a payline will trigger rewards of 50, 250, 750 or 5,000 coins. Three or more also triggers the save the world feature and you can win upwards of 100x your bet by saving the world from Lex Luthor’s outerspace missiles, blasting rocks on a collision with earth and correctly choosing the correct door leading to Lex Luthor. The Superman logo scatter symbol can appear on any reel with 2, 3, 4 or 5 rewarding you prizes of 50, 250, 750 or 5,000 coins irregardless of position.

Good blend of prizes and features 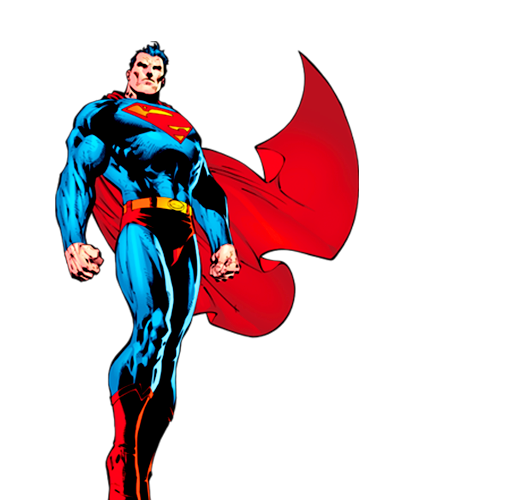 The bets in Superman range from as low as €0.50 to as high as €120 affected by whether you choose to play with the bonus bet activated. Your theoretical return to player (RTP) will also be dependent, being as low as 92.36% while inactive and 96.75% while activate. The variance for this game is low so you will likely win regularly with amounts close to your bet with higher amounts harder to come by. This will afford you a chance to play longer to maximize your enjoyment and give a greater chance to win a higher paying prize. The game is an exciting blend of features, graphics and sounds with prizes to match! If you’re a fan of the son of Krypton, or a fan of great features and prizes, I think this game is the right choice for you.

Players who like Superman also play at :
Technical details
Softwares