In a fantasy world of snow and ice comes the fantasy 5-reel and 243 ways to win slot Spin Sorceress by the developers at NextGen Gaming. The SuperBet feature allows the chance to win up to 50x your bet by invoking the Sorceress’ aid!

Want to try out one of the many free slots machines games? You can do it here! 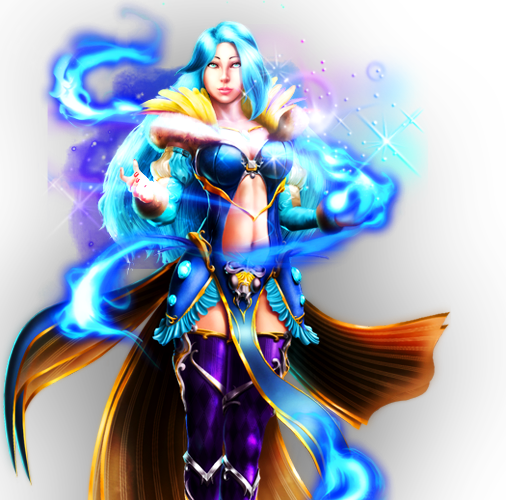 Poker symbols are the lower paying symbols in this game. A purple flower special for its ability to survive in this rugged environment kicks off the next set of symbols and from there you have a blue crystal sceptre, blue orb and wolf. The seductive Sorceress may appear to cast her spell and might melt your heart at the same time! The music and sound effects feed into the fantasy theme. The graphics are well done and with some modest animation make the experience all the more exciting.

We suggest you try Jackpot Jester 50,000, a new online slot game from the same provider as this one.

The powerful Sorceress uses her powers in mysterious ways in your quest to win riches! Her appearance on the 2nd, 3rd and 4th reels is in her capacity as a wild to substitute for all other symbols except for the scatter. She can also appear full length to the left of the wheel where she invokes her magic to enchant some or all of the above mentioned reels guaranteeing that a wild will appear on that reel for the particular spin. The Sorceress has many tools at her disposal and one is the blue jewel encrusted scatter symbol where the appearance of three or more awards you 10 free games. When triggered each spin guarantees at least one reel to become a Sorceress wild reel. Now while we said that the Sorceress wheel is enchanted, you can choose the power behind the magic with various SuperBet levels for coins ranging from 25 coins with the feature turned off all the way to 500 coins on level 5. This can increase wild multipliers from 1x all the way up to 50x. You may also be able to use some of your own magic by predicting the colour or suit of the Spin Sorceress card for a chance to up your winnings with the card gamble features. 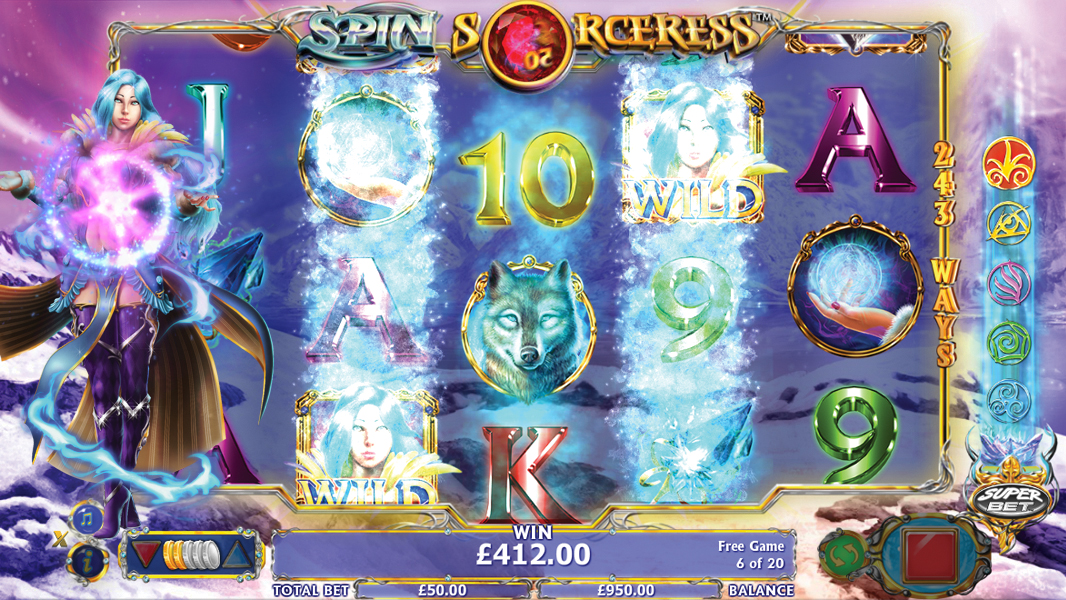 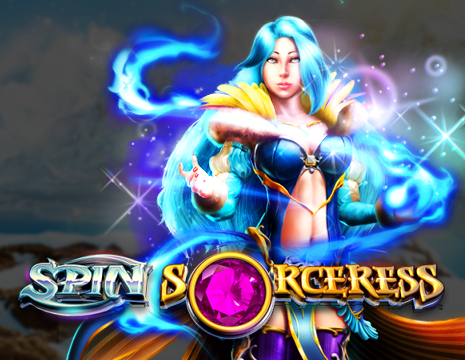 The theoretical return to player (RTP) for Spin Sorceress is proportional to the SuperBet level and it ranges from 94.617% with the feature turned off all the way up to 97.136% at level 5. The total bet ranges from as little as €0.25 or €0.01 per payline to as much as €1,000 or €40 per payline. I enjoyed the theme and features though I found it very difficult to trigger the 10 free games feature. Keep in mind that the variance for this game is medium so you may need a larger bankroll to play this slot longer.

If you're looking for a new slot game, we recommend you to try Merlin's Millions Superbet, available at the same place as this one.