Red Tiger invites you to set sail with the ghostly captain on an adventure for sunken treasure in the pirate-themed slot Pirates’ Plenty.

This is a 5-reels and 20 fixed paylines slot with highlights that include the Treasure Reel + expanded ship multiplier wilds, Ocean Spins + poker suit wilds, and monkey wild for up to x5,000 stake!

If you're looking for pirate treasure, come and find it among the best slot machines available on the market! 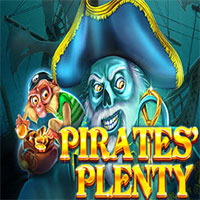 You find yourself deep in the hold of a pirate ship with gold coins all around glowing in the light of the burning lanterns.

There is a total of nine regular symbols divided into five upper-paying thematic icons that include a pirate skull, captain’s hat, cannon, pistols and bottle of rum.

The four-lower paying icons include spades, hearts, diamonds and clubs.

The soundtrack sets you on your seafaring journey with music that builds anticipation.

The Treasure Reel is arguably the biggest feature of this slot which unlocks a sixth reel for the duration of your play.

Additionally, it presents the opportunity of four expanded ships in a bottle wild symbols which can contain x1, x2, x3 or x5 multipliers to replace all other symbols.

To unlock it, you simply need to collect map symbols during the base game which moves an animated pirate ship on a map to the right of the reels one step closer to reaching the treasure.

Unlocking the treasure takes time but will also reward you with the ability to create 6 symbol payline wins for bigger prizes.

During this feature, the ghostly captain may appear as a symbol with a key in hand that fits into each of the three sunken treasure chests at the top of the reel.

You’ll need three keys to unlock each chest which will transform one or more lower-paying symbols into wilds until the end of the feature along with granting more free spins.

The feature is difficult to trigger which makes it all the more exciting when it does happen. 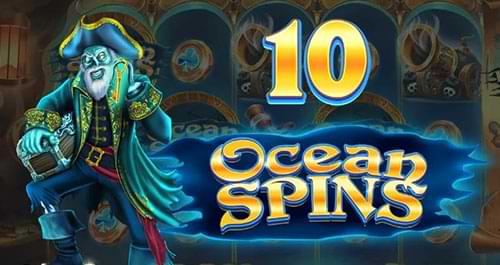 Take to the sea and find the wonders of the Treasure Island slot!
If you still have a thirst for adventure, then 1429 Uncharted Seas is the slot for you!

This feature is not as difficult as the Ocean Spins to trigger, so you’ll see the monkey every so often.

Using HTML5 technology, it is available on desktop, mobile and tablet using iOS and Android.

If you’re ready to set sail, it’s dead ahead to one of our recommended casinos!