Mr. Magnifico is a superhero-themed slot, which features a 3-reel and 1 payline slot in the main game and a 3-reel and 5 fixed paylines slot in the upper game from the Spanish developer MGA which lets you play for a heroic progressive jackpot! 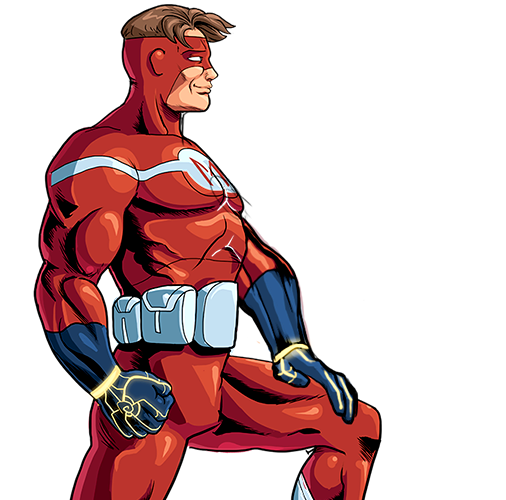 As is the case in many of the MGA slots, you will find many of the classic fruit and jewel themed symbols, except for the bonus symbols, which can be associated with the idea of crime and superheroes. They include a capsule, sack of stolen goods, ring and racecar.

The sound effects are standard and similar to other slots from this developer.

Looking for more games based on movies, TV shows or books? Dr. Jekyll & Mr. Hyde from Betsoft is the slot for you!

As previously mentioned, you will find both the main game and the upper game.

Starting with the main game, you may decide to collect your winnings or to gamble it for a chance to win the upper prize or equivalent amount of bonus.

The bonus symbols may appear on a payline with 1, 2 or 3 awarding you with 5, 10 or 30 in bonus. Once you have reached a line with three bells, the game payouts can go up or down.

The upper game is available when you have collected a minimal number of bonus. When winning a prize other than the lucky 7 blue symbols, you can elect to play the gamble with part of your prize for double or nothing. The nudges feature allows you to bump the reel between one and four times for a chance to create an opportunity for new winning paylines.

Alternatively, the holds feature allows you to freeze up to two reels to increase the possibility of winning prizes on your subsequent spin.

There is also a common progressive jackpot available in both the main and upper games with a prize that increases in line with the contributions from individual plays.

The wild symbol is a way of creating winning combinations by substituting for all but the bonus symbols. 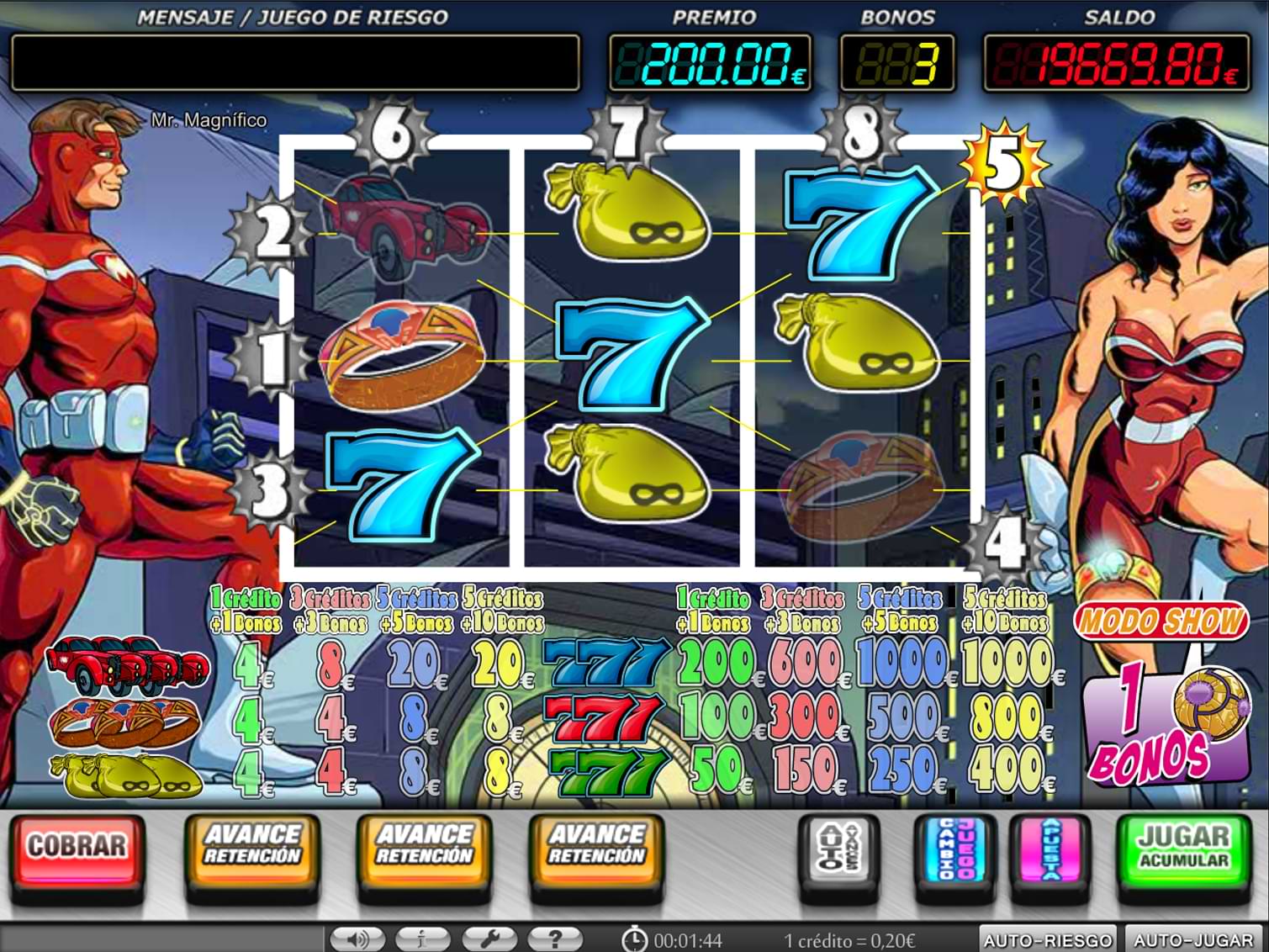 Looking for more games based on movies, TV shows or books? Love Guru from iSoftBet is the slot for you! 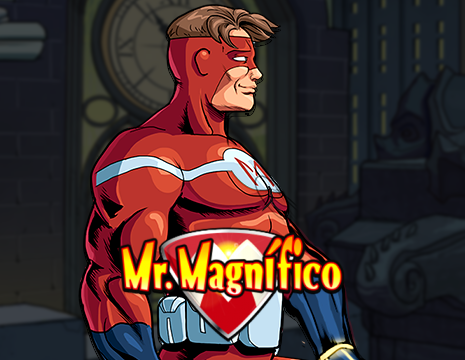 You will also find four fun bonus games, the first of which is unlocked with 3 capsule symbols appearing in the main game which entitles you to free games.

Another alternative bonus game is unlocked with 3 bag symbols in the upper game which takes you to the burglars game giving you access to coin prizes.

The third bonus game is unlocked with 3 rings symbols in the upper game which unlocks the dressing room game.

Finally, the fourth bonus game is unlocked with 3 race car symbols in the upper game which gives you access to the races game.

Common to other MGA games, Mr. Magnifico offers 1 payline or 5 which we like, with the aid of four different bonus games to help you increase your odds.

If you are not quite sure that you are ready to fight crime, then you can try this game for free to decide for yourself.