Based on the book written by the American author Herman Melville, Moby Dick is the story of the mad quest of Captain Ahab for revenge against the white whale Moby Dick that ate the captain's leg at the knee. The slot has an October 2017 release date and is expected to be a 5-reel, 3-row and 25 fixed paylines slot. The slot helps set the atmosphere with a background to the reels consisting of the ocean below the reels and the whaling ship Pequod to the left. 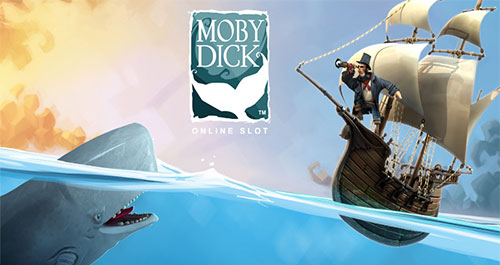 The illustrations for the symbol are indeed what you would come to expect from Microgaming and here you will find Moby Dick, Captain Ahab, anchor and cup of tea as the 5 upper paying symbols before you descend below deck for the lower paying 5 poker symbols. The graphics are exceptional for this Moby Dick theme.

Now that you've tried this slot game, we recommend you to try Playboy from the same provider.

The free spins will continue providing you continue to add to you win with the final payout awarded only at the end of the feature. The final feature is the Gamble Feature offers you the chance at double or nothing by choosing the correct teacup from between the copper and silver ones available. By choosing the one with the tea bag, you double your bet. It can be played up to 5 consecutive times up to a maximum of €10,000.

Whale of a time! 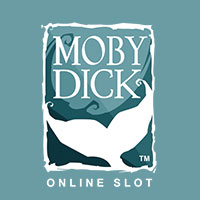 Moby Dick slot has a theoretical return to player (RTP) of 96% with a medium volatility. The slot is played with 25 coins and you can range the bet from €0.25 to €75. The theme of game is Moby Dick which is illustrated by some colourfully creative graphics and includes free spins, wilds, the wins freezing feature and gamble feature. The slot has an expected October 2017 release date and we suggest that you visit the casino for the chance to play as soon as it is out.