Drawn in traditional 19th century Japanese manga-style, Koi Princess is a 5-reel and 20 fixed paylines slot from Netent where you can win up to 100,000 coins!

The style of this slot is distinctly Asian, drawn in Japanese manga-style with an animated Koi Princess standing to the left of the reels watching in anticipation and cheering you on. The slot includes some beautiful base symbols including the princess herself, a lion and turtle and waterfall wild. You will also find a dragon as well as entry-level poker symbols. During spins, Asian themed music plays softly in the background allowing you to better connect with the theme. The sound effects also deliver and may include the roar of a dragon that flies past in the distance or other special effects from the appearance of symbols including wilds or features. 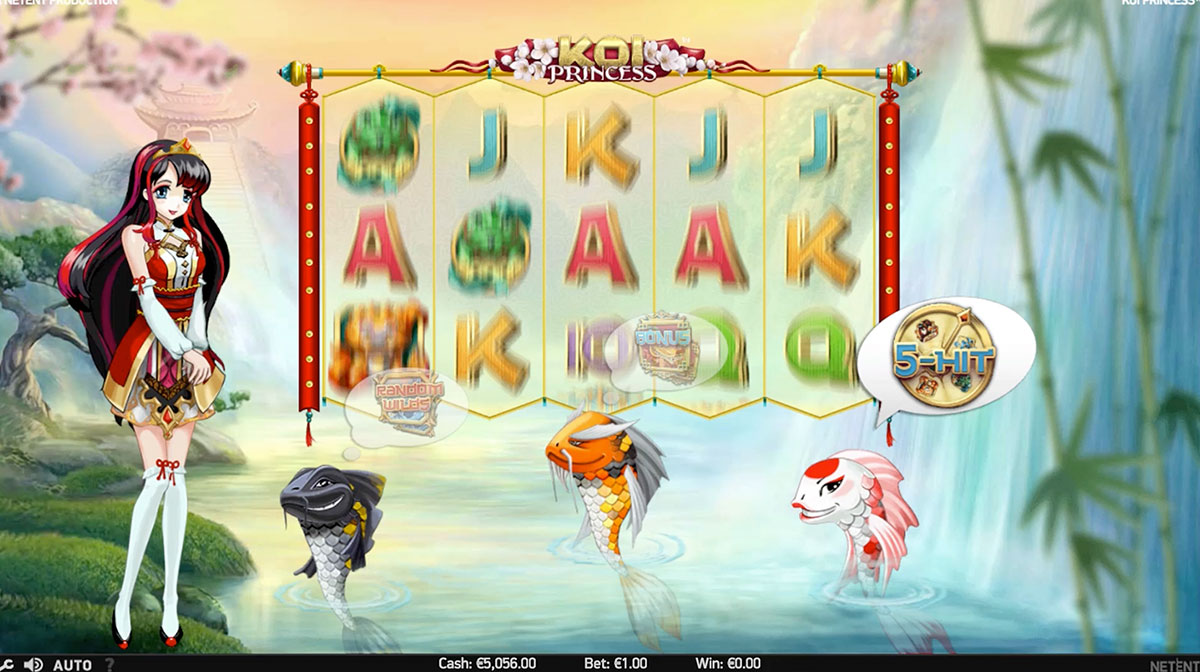 Read our review of South Park from the same provider.

The slot includes an option to play with the bonus bet, which doubles the cost of a spin but also increases the likelihood of being awarded a random or bonus feature while simultaneously changing values on the bonus wheel. It will also increase the sure coin wins for Sure Win Free Spins.

The bonus symbol can appear on the 1st, 3rd or 5th reel and unlock a random bonus feature. With the appearance of 2 symbols, there is the possibility of having a 3rd symbol nudged onto the reels. The bonus feature wheel will spin to reveal one of 4 features: sure win free spins, wild reels free spins, coin win and the bonus wheel.

This feature awards you an initial 10 free spins. During the feature, the win after each spin will be at least as great as the largest amount won during the sure win free spins feature excluding the first spin of the session.

Here you are given 10 free spins that cannot be re-triggered during play where between 1 and 5 reels are covered in an expanded wild.

You have the chance to win coins and activate 2 other bonus feature free spins (wild reels free spins and sure win free spins). 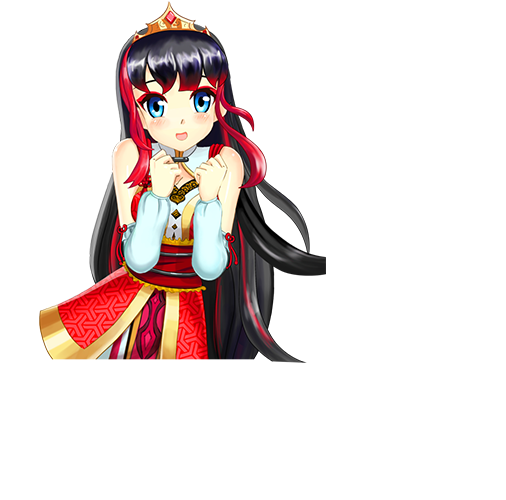 The slot has two theoretical return to players (RTP) depending on whether the bonus game is activated in which case it is 96.23%. Otherwise, it is 96.00%. The stakes can vary from €0.20 to €80. Packed with features and some great manga-style graphics, Koi Princess is a delight to play with prizes of up to 100,000! If you think that this slot might be for you but you're not yet sure, why not play it for free to find out?

Read our review about Pyramid : Quest for Immortality online slot machine from the same provider and start playing today!