Based on the comic book of the same name, comes a futuristic theme of a dystopian society devastated by conflict and left to inhabit the mega-cities.

It is fair to say that the graphics for this game are standard. Thematic symbols range from a villain, motorbike riding Judge Dredd and weapons.

The lower end is made up of poker symbols, which is about as unimaginative as you can get. Still, the sound effects and music are good and reminiscent of a video game.

The mega-city background with its crumbling buildings is a reminder of the decay of society and with it the rise of criminals and lawlessness. Some of the symbols display some limited animation when they form part of a winning payline.

Looking for more casino games? Come and have a look at this slot machine! Snow Wild and the 7 Features from the Red Tiger software will immerse you in its fairytale world!

The game lets you play one of three wager levels, which are called SuperBet Yellow, Orange or Red. Yellow is the default level and is played with 25 coins enabling the Judge Dredd wild symbol to appear randomly on line 3 after a paid spin to overwrite an existing symbol.

For an extra 35 coins under the Orange level, the same symbol can randomly appear on reels 2, 3 and 4. As you may have guessed, the 50 coins Red symbol allows the same symbol to appear on any of the five reels.

When the free games are unlocked the Dredd wild action is increased on enhanced reels. The power is in your hands! 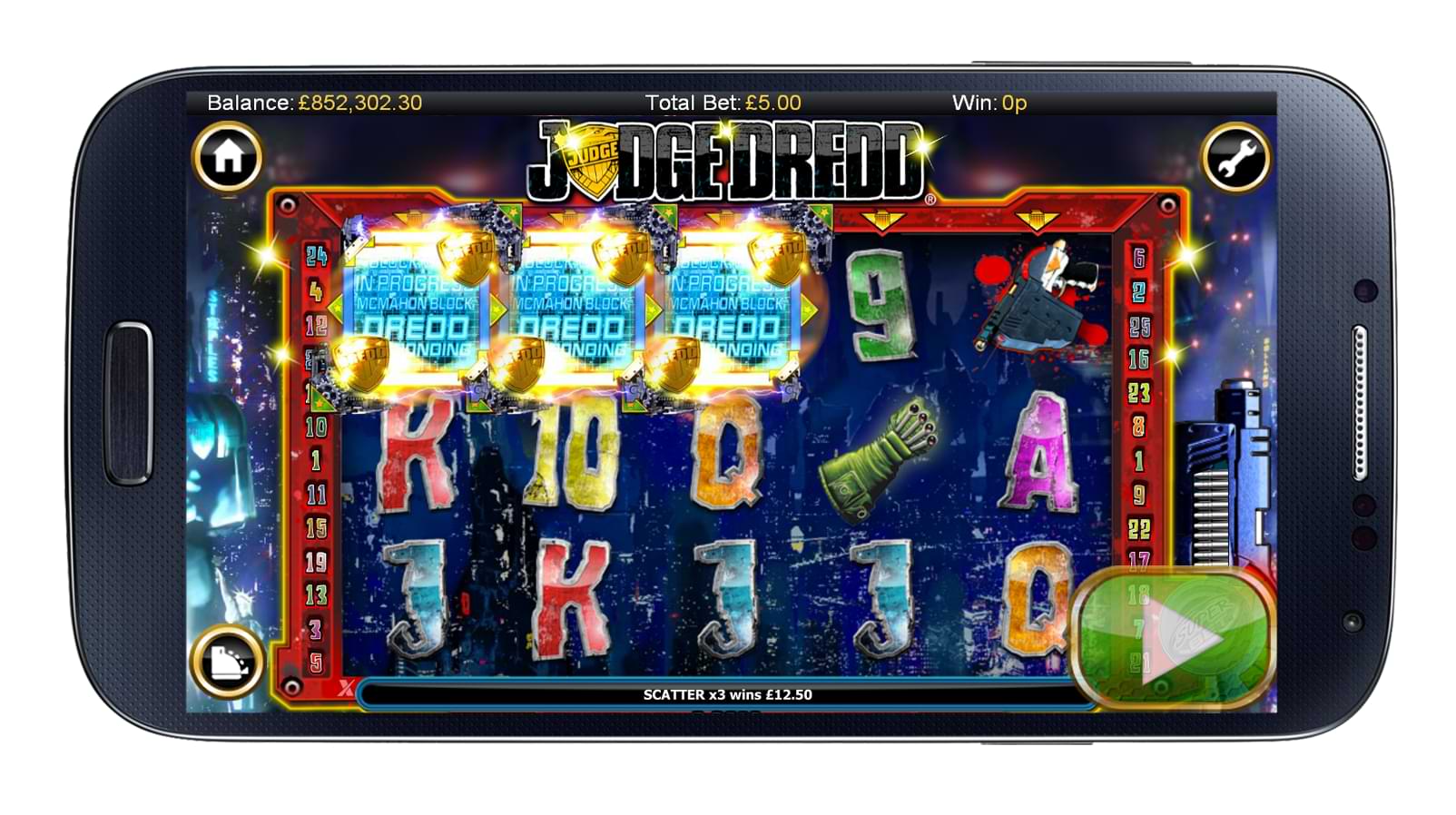 The Judge Dredd wild symbol can appear on any reel and substitute for any other symbol other than the scatter to form or enhance winning paylines.

Three or more symbols will trigger 10 free games with a 2x multiplier which can be re-triggered during play. If you need more features, then you'll be glad to know there are two more to go.

We'll start with the Random Bonus feature where Judge Dredd may appear after a paid spin to award you a prize. Is there a way to top-up my winnings you ask? Well, the answer is yes, and you do this by playing either of the cards or suit gamble features where you guess the colour of the card or the suit for a chance to double or quadruple your winnings respectively.

You can collect at any time or try to ride a lucky streak by making five consecutively correct predictions.

If you're a fan of cartoon characters or superheroes, come and have fun with the Green Lantern slot machine created by Cryptologic!

You be the judge!

Payouts are not one of the higher ones you will see but the game is entertaining so you compromise a little on the rewards for the entertainment value.

If you like comic-book themes where you are the judge, jury and executioner then I think this game is for you!