Brought to life by the chilling minds at 1x2 Gaming comes to the spooky slot game Halloween Horrors. With 5 reels and 1 to 25 variable paylines, you have a chance at winning up to 750 coins per active payline!

It is fair to say, that with such a great collection of monsters and ghouls that you'll find in this game, you will be both delighted and terrified!

If you like casino online games, we have a ton of slot machines, just for you

The symbols are wonderfully designed cartoon-like with creepiness in mind starting from the lower-paying poker symbols that ooze green slime.

The symbols are cast against a dense green mist pierced only by the sparkling light of a full moon while the sound of thunder, howling wind and hooting owls bellow in the background.

To make the mood just perfect, there is also the creepy sound of organ music playing intermittently throughout the game rounds.

If you are a fan of 1x2 Gaming games, you must try the Roboslot slot machine and these symbols from outer space

A jack-o-lantern symbol appears anywhere and acts as a wild symbol substituting for any symbol other than the skull scatter symbol and headstone symbol. 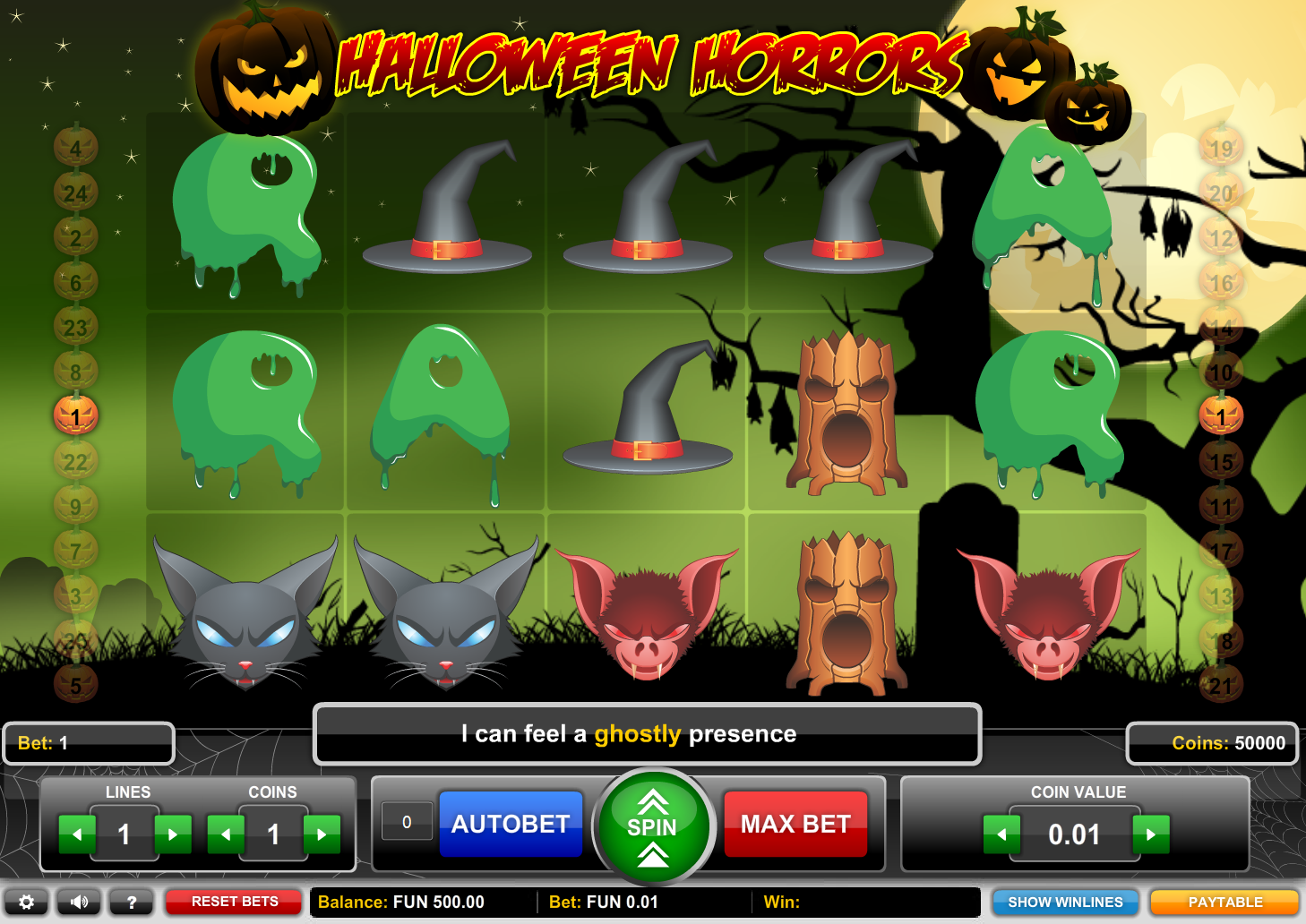 Skull scatter symbols with up to 15 free spins

The skull symbol acts as a scatter with 3, 4 or 5 symbols anywhere in the spaces awarding you a corresponding 5, 10 or 15 free spins.

While the free spins feature is active, all wins are automatically doubled which could lead to increased prizes!

Can't get enough of 1x2 Gaming's fantastic games? Travel to Ancient Egypt through the Treasure of Horus slot machine!

The developer 1x2 Gaming lists the theoretical return to player (RTP) for this slot at 96.26%, and the game has a low to medium variance, as you will win smaller amounts regularly, but you also have a good shot at a larger amount of money.

The graphics, music and sound effects were superb and very effective in supporting what I thought was a very entertaining theme.

I would recommend giving this slot a try.