In an amusingly morbid twist, Play'n Go presents a Mariachi tribute of sorts where dead Mariachi players have been reanimated to play for you in the 5-reel and 20 fixed paylines Mexican flavoured slot Grim Muerto.

There are a ton of online slots machines games here. Come on in and have some fun!

The graphics in this slot are extraordinarily designed from top to bottom. While poker symbols make up the entry level paying symbols, they quickly give way to the four dead Mariachi players where their drawings capture their unique characters, with instrument in-hand, moustaches and all! The guitar and roses wild symbol bloom with intensity and the additional special symbols include the book symbol with blue eyed skull, and skull candle with flaming eyes. The music and sound effects really give this game an added Mexican flavour and compliment the graphics nicely. The reels have the look of a shimmering golden wallpaper-like pattern, which upon closer examination reveals skull-like images. The game strikes a great balance between the theme of death and entertainment. 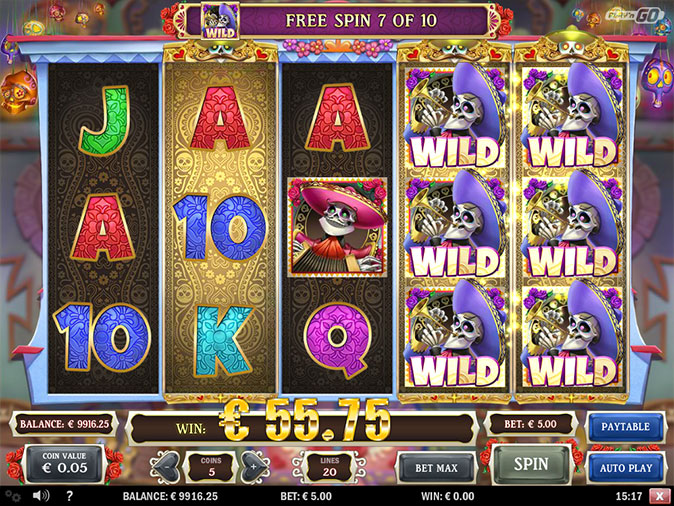 We’ve reviewed French Roulette, the newest online gambling game by the same company. Check it out and see what you think!

During base play, one of the reels is randomly chosen for each spin and will appear highlighted with any guitar and roses wilds appearing on that reel expanding to encompass it fully. During the free spins games, between two and five reels are highlighted with both the guitar and roses wild and Mariachi extra wild expanding to cover the entire reel.

Blend of features to die for 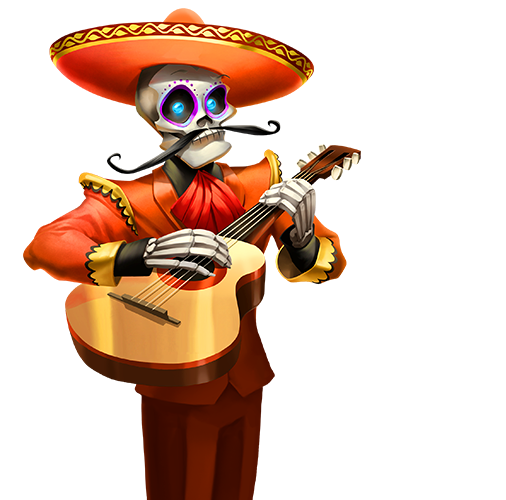 The bets in Grim Muerto range from €0.20 to €100 on coins ranging in value from €0.01 to €1. The maximum number of coins that can be won is 1,000 coins per payline which is not one of the highest by any means. The game balances an amusing Mexican Mariachi theme with a zombie-like twist. The features are entertaining and I found that the free games feature could be triggered on occasion and it was during the free spins feature that the coins are more likely to pile up.

Check out the latest slot machine we have reviewed and have a chance to win big with Jewel Box!