Known for their development of leading 3d slots, Betsoft brings to life the popular theme of Dr Jekyll and Mr Hyde in the 5-reel and 1 to 30 variable paylines slot where prizes reach as high as 480,000 coins!

Betsoft is known for some innovative 3d graphics and sounds and they do not disappoint when adapting it into this popular theme.

The background is Dr Jekyll’s laboratory with an animated 3d Dr Jekyll standing next to the reels.

Complimenting the mood is a tune that is a little dark and mysterious and the same can be said for the sound effects, which are highly effective and entertaining. 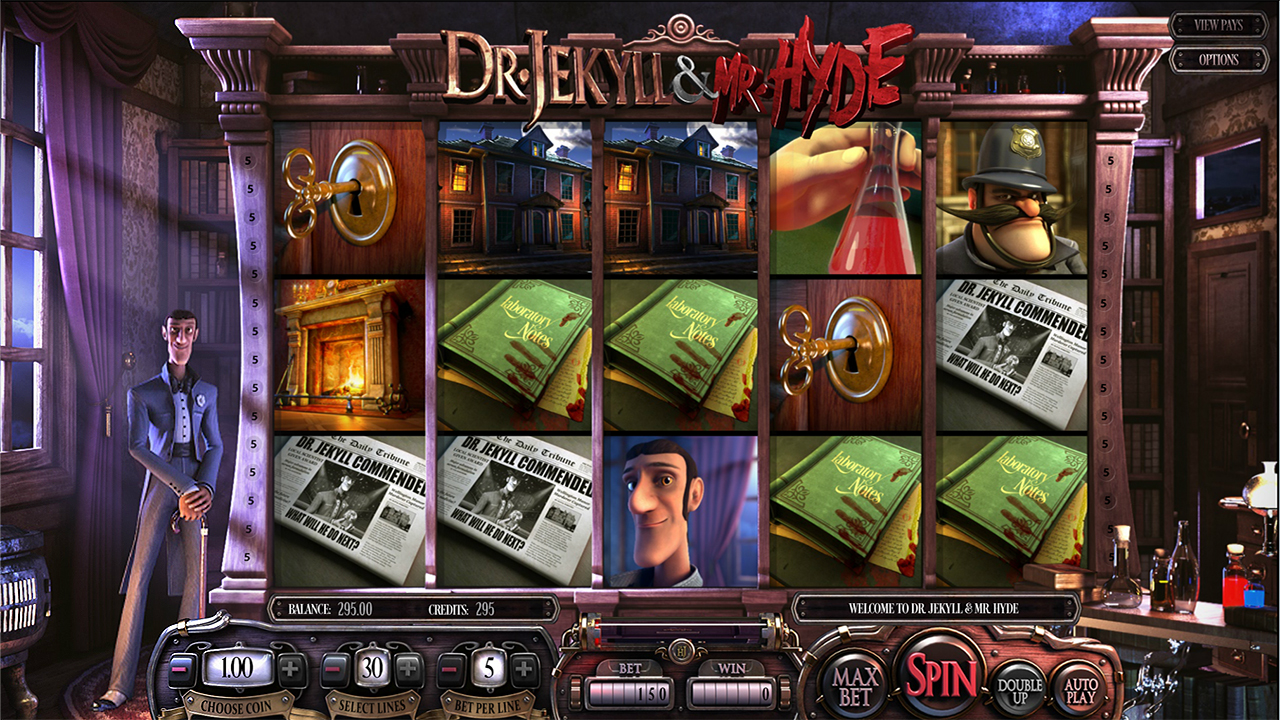 Looking for more games based on movies, TV shows or books? Betsoft's The Slotfather II is the slot for you! 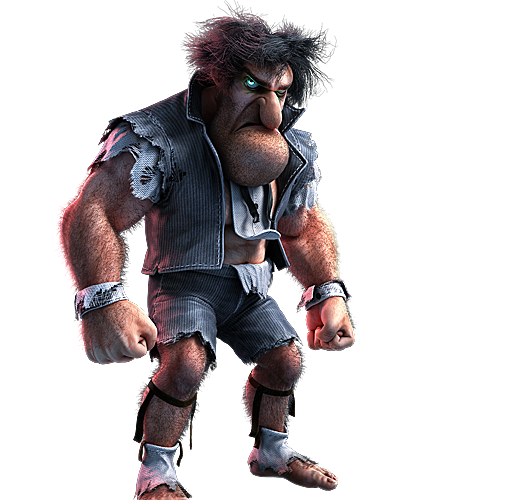 The Dr Jekyll & Mr. Hyde logo wild symbol can appear on the 1st, 3rd and 5th reels and acts as a substitute for either the Mr Hyde symbol or Dr Jekyll symbol as well as triggering the Jekyll&Hyde bonus round.

When the symbol appears on the 3rd reel in conjunction with a red potion on reel II or IV directly adjacent, all Jekyll, Hyde and Logo symbols become wild. Symbols on the screen whip around on the spaces until ending on new spaces, which can create new winnings.

When a Mr Hyde symbol lands on the 3rd reel with a blue potion on either of the adjacent 2nd or 4th reels, a bonus of up to 20x total bet is awarded a random multiplier which is no lower than 5x.

The Hyde wild symbol substitutes all symbols except the Jekyll, Hyde and logo symbol with 3, 4 or 5 on a winning payline rewarding you with up to 45, 200 or 1,200 coins.

During a standard game win, you can also unlock the double-up feature to predict head or tails on the coin flip for a chance to double your winnings or lose it all.

During base games, a meter monitors the number of red potions, which appear and you collect them until the meter is completely filled for a total of 10 that unlocks the free spins mode.

Likewise, during free games, a meter monitors the number of blue potions which appear and you collect them until the meter is completely filled which means you have collected 5 in total.

This feature is triggered with the occurrence of a Mr Hyde, logo and Mr Hyde combination of symbols on the 2nd, 3rd and 4th reels where you are Mr Hyde and decide whether to go left or right through the mean streets of London stealing and dodging police and in the process, you may win 66x your total bet!

Do not run into police officers because they may cause you to lose half of your bonus winnings!

This feature is triggered with the occurrence of a Dr Jekyll, logo and Dr Jekyll combination of symbols on the 2nd, 3rd and 4th reels where you select potion elements to fabricate an anti-monster potion.

Speed is critical as the faster you find the proper ingredients, the higher your prize could be with up to 160x your game bet to be won!

Chock-full of features and prizes

The theoretical return to player (RTP) is 96.7% with bets that range from €0.02 to €150. Dr Jekyll and Mr Hyde is another in a series of great slots from Betsoft, with some great prizes to be won and chock-full of features!

What’s more, you can try this slot for free so you can get a feel for it before committing any money.