The developer Yggdrasil considers the question - what might a dimension of chaos and all things dark look like? The 5-reel and up to 3125 ways slot Dark Vortex attempts to answer that with prizes of up to €365,900.

If you're looking for more online slots machines games, head on over to our website for a vast selection! 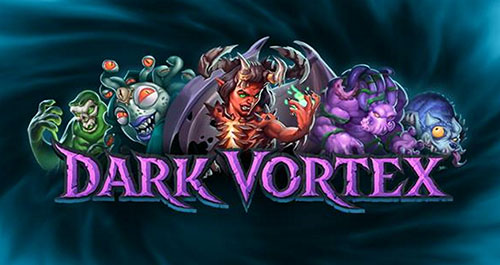 The concept of dark dimensions is nothing new. Currently Netflix has exploited this science fiction topic in the television series Stranger Things and there was also the 2007 movie, The Mist, written by Stephen King. From out of the vortex all manner of horror can come through as you will see from the five higher-paying symbols consisting of demonic or grotesque abominations. Each of these can be conjured from their respective vortexes using one of five corresponding books representing the lower-paying symbols. The artwork is fabulous at reinforcing the horror theme.

Now that you've tried this slot game, we recommend you to try Trolls Bridge from the same provider.

Things work differently in the vortex and this is reflected in the slot which pays from both left to right and right to left.

Vortex Reels can hold 5 symbols instead of the normal 3, contain an increased number of higher-paying symbols, contain wilds and orbs. By landing 2 vortex symbols on neighbouring reels you will collect 3 free spins. Beyond the 2 reels, each additional vortex symbol will award an extra vortex reel accompanied by 2 extra spins. If you manage to open all 5 vortex reels before running out of vortex spins you can expand the way wins to 3,125. During this time the centre 3 reels contain stacked wilds. The Orb Collections Feature is available, which we’ll describe next, to increase the number of wilds and free spins.

Special orbs will only appear on for Vortex reels. Opening a vortex adds 2 pink orbs and 5 blue orbs to a collection, which resets to 0 when the vortex closes. Each pink orb, landing on the 1st and 5th reel, that you collect will add one wild to the stacked wilds on the 3 centre reels during the Vortex free spins. Each blue orb that you collect, landing on the 2nd, 3rd and 4th reels, will add one extra free spin during the Vortex free spins. 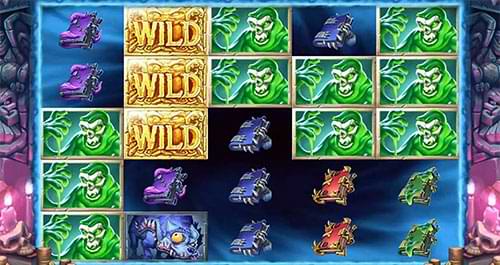 Dark Vortex slot has an RTP of between 96.5% and 97% and has a mid-to-upper volatility. You can vary your bets, typically between €0.10 and €50. Released in October 24th, 2018, just in time for Halloween, the game sets out to prove why you should be afraid of the dark!