The adaptation of the fictional fantasy Cimmerian Conan is the culmination of decades of stories, books, comics, films, tv programs, role-playing and video games.

It was only a matter of time then that the theme found its way into the world of video slots.

Conan by Netent is a 6x4 grid and 24 paylines slots whose highlights include mystery symbols, wilds, multipliers, extra spins and the Thoth-Amon Feature. The maximum payout is set to 40,320 coins! 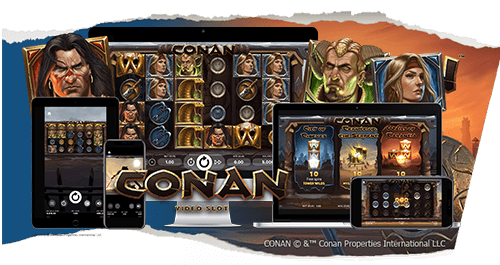 The symbols include three characters: Conan, a female Barbarian and a villain. There is also a helmet, grappling hook and sword.

The graphics are cartoon-like with epic music. The opening and very violent animated sequence really build anticipation for the gameplay.

The artwork is solid, but we were somehow expecting a bit more from this developer.

The Mystery Symbol feature takes place on the fourth and third reels.

Mystery symbols will transform into one of the other regular symbols.

If you manage to land a stack of mystery symbols, then a mystery multiplier may also come unlocked.

Here, a win using the mystery multiplier will multiply that win by 3x to 7x.

Battle Wilds appear during the base game on the fifth and sixth reels, with the ability to expand on up to 3 positions horizontally on adjacent reels.

The fourth possible regular game feature is Thoth-Amon which may be triggered by at least one full stack of mystery symbols in combination with at least one Tower Wild or Battle Wild.

Here, mystery symbols are randomly placed anywhere on the second to fifth reels.

Extra Spins: City of Thieves, Temple of the Serpent or Walls of Tarantia

Three or more scatters will trigger one of three extra spins games: City of Thieves, Temple of the Serpent or Walls of Tarantia.

Temple of the Serpent

This is a low to medium volatility feature containing tower wilds that can expand down or upon any of the reels. These wilds can partially or fully cover reels.

This is a low to medium volatility feature containing battle wilds that can expand three positions sideways on adjacent reels when they appear on any reel. 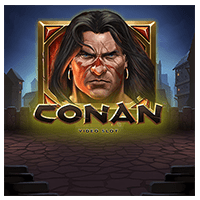 Netent is a developer known for a number of branded themes such as Planet of the Apes, Jumanji and one of their more recent games Narcos.

When Netent first announced that they had secured the rights to Conan in February, there had undoubtedly been a build-up of anticipation for what the slot might be like.

While overall, the features have a good hit frequency, some will be much better than others. For example, you'll have to be patient for the extra spins and even more patient for the Toth-Amon feature to trigger.

While I expected more from the graphics, it remains to be seen what the payouts on these numerous features will be like. 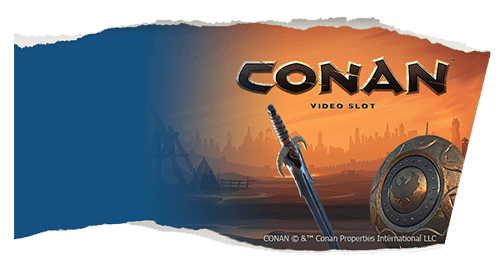 This is a medium volatility game so wins may come less often but may be bigger compared to similar low volatility slots. It is designed in HTML5, so it is ready for mobile, tablet and desktop play.

The slot has pay both ways mechanics. To take it with you, all you'll need is an Android or iOS operated device.

Players who like Conan also play at :
Technical details
Softwares