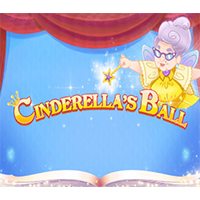 The regular symbols include a pumpkin, wand, masquerade mask, needle and string in the mid to upper range of the pay end.

So far, the symbols would seem somewhat uninspiring though as you will come to see there are additional feature symbols that are a tad more thematic.

As part of its charm, the slot includes mild animation that may be triggered with payline wins or an unlocked feature.

The music attached to this slot is orchestral - something you expect to find at the Prince's Ball.

Looking for more games based on movies, TV shows or books? Three Musketeers from Red Tiger is the slot for you! 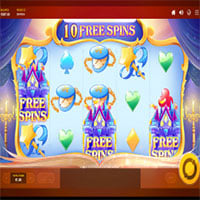 The slot includes a Cinderella symbol that appears on the reels and whose sole function is to dream ways of creating entertaining ways of winning prizes.

In her dreams, the first one that she has come up with is the Slipper Trail where her glass slipper leaves a trail of wilds across the reels.

The Carriage Spin races across the screen leaving the symbols spinning until such time as they form a win.

Next, the Fairy Magic has the ability to wave its wand to magically make the symbols identical. The last is the Clock Strike where the reels go back in time to a place where a winning combination can be found. The slot also offers a 3 Free Spins Feature that is triggered by 3 castle free spins symbols.

Finally, the slot includes a scroll bonus symbol with 3 appearing on the spaces awarding you the chance at 25x, 75x, 200x or 500x your bet.

Here you are presented with 12 scrolls and invited to select from amongst them. Each of the four prizes has its own meter which can be filled by choosing 3 of the corresponding picks. 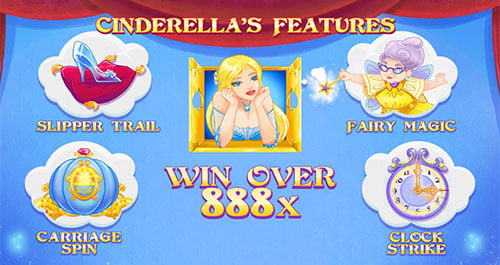 Looking for more games based on movies, TV shows or books? Poisoned Apple from Booongo is the slot for you! 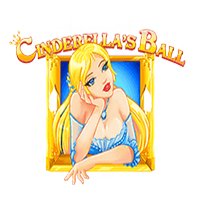 Cinderella slot is available as both a desktop and mobile version available on both iOS and Android devices using HTML5.

The game has a theoretical return to player (RTP) of 95.23% with volatility towards the lower end.

Payline wins are calculated by taking the stake per payline multiplied by the coin win illustrated in the paytable.

The game has a charming theme that comes from the pages of a fairy book tale that includes a bonus, free spins as well as 4 separate Cinderella-inspired dream features.

We invite you to visit the casino for a chance to play the game for free if you would like to try it first or for money if you are ready to get started.

Players who like Cinderella also play at :
Technical details
Softwares