Bandida from Leander Games is a Wild West style 5-reel and 20 fixed paylines slot surrounding the character of an attractive and funky-looking female bandit! The game offers a maximum payout of 500 coins per payline and counts the Bandida’s Way Feature, Criminal Record Feature and Jailbreak Free Spins Feature as its main attractions. 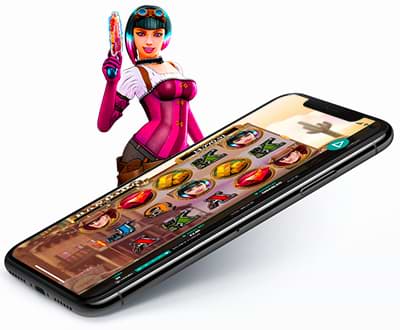 If you are looking for a new online slot game, we have plenty to choose from!

The stage is set in this western-themed slot which is set in the Mexican desert town which is home to the Bandida. Amongst the upper-value symbols, you’ll find Bandida, the Sheriff, red diamond, gold bricks and gold coins. You’ll also find the K, Q, J and A that make up the lower-value symbols. In a truly Western-themed fashion, you’ll also find a soundtrack supporting the overall excitement of the game. The graphics are cartoon style, colourful and pleasant. 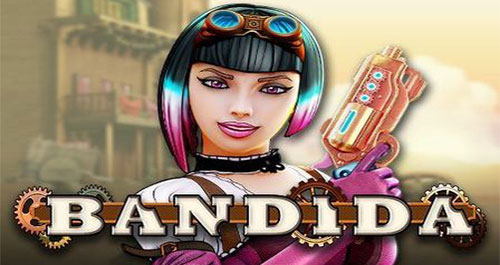 Read our review of Zombie Rush from the same provider.

The slot has a bit of a steampunk look as you’ll see when you glance upon the pistol wild symbol. The symbol can substitute for all others except for Bandida, the Sheriff and scatter symbols. The pistol can come together to form its own winning payline of 2, 3, 4, of 5 symbols for rewards of 5, 50, 250 or 500 coins. 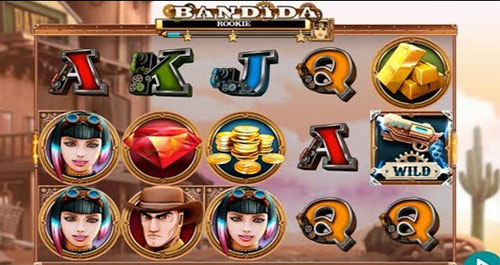 By collecting a fully stacked first reel consisting of three Bandida symbols, the Bandida’s Way Feature is triggered. In this scenario she uses her expertise as a thief to steal all of the top value symbols, including the red diamond, gold bricks and gold coins, in view and replaces them with Bandida symbols.

The Jailbreak 10 Free Spins Feature is triggered when the Bandida’s Way Feature is unlocked and three sheriff symbols land on the 5th reel. Bandida is arrested and waiting to serve her nine-year prison sentence. With every spin the sentence is reduced by one year until it reaches zero and she is released. She may even get released sooner by collecting 10 bail symbols. Her release triggers the Bandida’s Way Feature which remains active for the duration of the free spins. 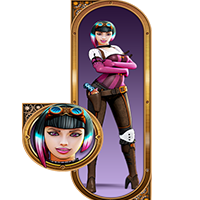 Bandida slot has an RTP of 96.01% and can be played with bets ranging from €0.20 to €100. This is a medium to high volatility slot that can be enjoyed on mobile, tablet and pc. Take it with you using your Android or iOS device.

Players who like Bandida also play at :
Technical details
Softwares